Back in April 2007, the Fillmore East took over the Irving Plaza... 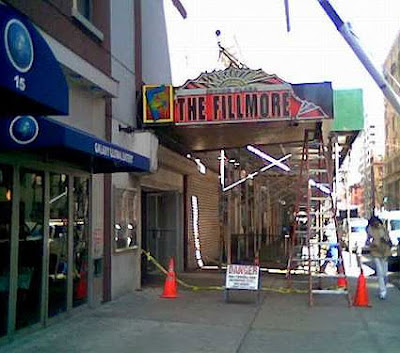 I really always hated the crappy looking sign...But! You know, Irving Plaza recently got its name back from the Evil Empire (read more here at Stupefaction...)

I haven't been on Irving Place for a few weeks... Thanks to EV Grieve reader evilnyc for these shots of the new old marquee from last night... 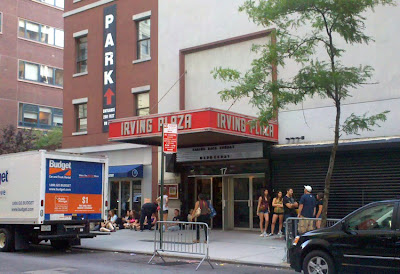 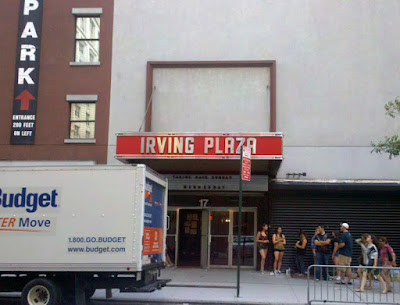 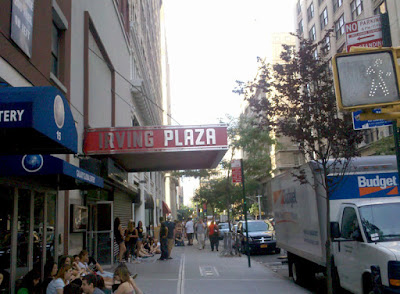 To build a replica of the old marquee, Live Nation hired Ken Lubin, a graphic designer who specializes in signs for Broadway theaters. (He removed the original Irving Plaza marquee in 2007 when he installed the new one for the Fillmore, which he made.) It wasn’t easy, Mr. Lubin said, because the old one had been left in an alley behind the club, with chunks of it missing. But there was just enough to serve as a model for its stainless-steel letters and red neon lighting.

“They wanted it to have the look and feel of what it was prior to changing it over to the Fillmore,” Mr. Lubin said.

(Fillmore photo via)
Posted by Grieve at 6:49 AM

order has been restored to the force.

It wasn't easy to recreate the sign because chunks of it were missing? He couldn't find a photo? Am I not reading this correctly?

Hooray!
Glad it's back
(though admittedly, the wording of the Fillmore sign was appropriate; "F The Fillmore")