Sunday in the Park! 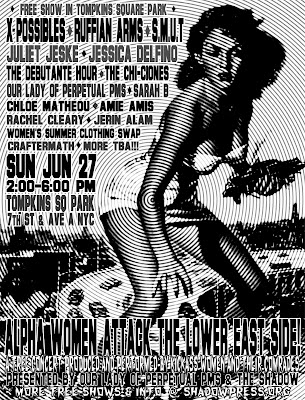 As the news releases says: It's the roaring return of the yearly punk and variety show produced by Our Lady of Perpetual PMS and THE SHADOW.

***Part of a series of FREE shows that celebrate the vitality and creativity of the counter cultural scene that has survived on the LES, despite the rampant gentrification, soaring rents and lost venues that have contributed to the cultural genocide sweeping New York City.***
Posted by Grieve at 1:37 PM