Hope fades for a new Carmine's at the Seaport 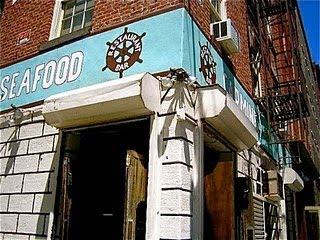 Back in July, amNewYork reported that Carmine's, the 107-year-old Italian eatery in the South Street Seaport, had abruptly closed. The reason: Higher rents.

Some reaction from the faithful:

From Brooks at Lost City: "The decor was priceless, a dusty nautical theme, wooden bar, wooden booths, falling apart. It had its regulars and its lifer waitresses ... It had a soul and a life."

At Jeremiah's Vanishing NY: "It never ceases to amaze me how places so old can just shutter like that, after everything they withstood to survive."

As we reported, a few days after the closure news, a very reliable source said that Carmine's was planning on reopening further north on Front Street. Unfortunately, we've since learned that the deal fell through ... ditto for the plan to lease space in the Best Western Hotel on Peck Slip.

On his Facebook page Monday, Carmine's owner Greg Molini wrote, "I've tried to find a spot for a year, but it's just not going to happen." 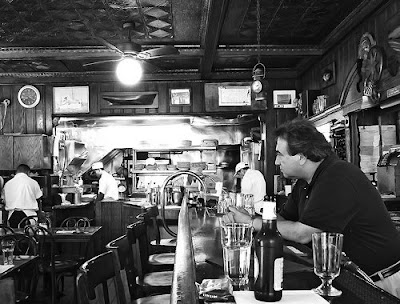 [Photo by Goggla via The Gog Log]
Posted by Grieve at 6:38 AM

Dammit, I was just talking about this yesterday, wondering if they'd found a place. :(