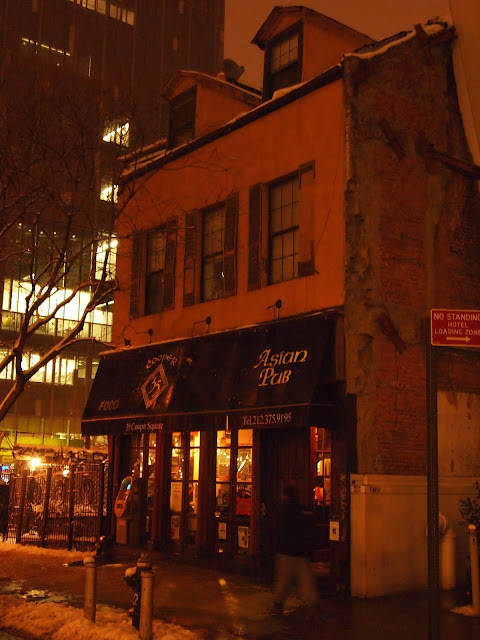 We've been writing this week about this afternoon's rally to save 35 Cooper Square. (It starts at 4:30.) There's also an online petition you can sign. You can find that here. 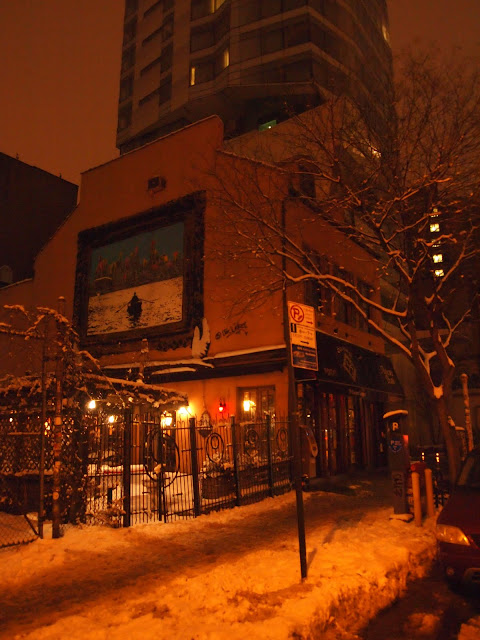 Several commenters have wondered why bother saving what is basically now an "NYU bar." Said another commenter:

The "Trendy" people who don't live in the neighborhood (or care about it if they do) are the primary clientele of Asian Pub and the surrounding area and what makes it desirable to developers. These are the same people who I am sure will be excited for a new hotel bar in the same spot. The place pandered to them and reaps what it sows. 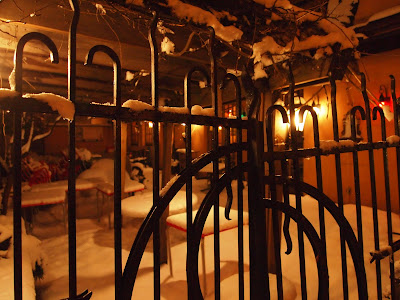 And the voice of reason from EV Grieve commenter Bowery Boy:

It's not about saving the restaurant; it's about saving the building. Those inside will come and go, but if the building is allowed to be destroyed, you can't ever get that kind of history back. It's the oldest building on Cooper Square, and future generations should be able to see how we once lived and worked. These intimate houses along the Bowery, 6 of them left, connect the larger historic district of the legendary and irreplacable Bowery.

And here's a letter from Assemblymember Deborah Glick to Robert Tierney, chair of the Landmarks Preservation Committee... (click to enlarge...) 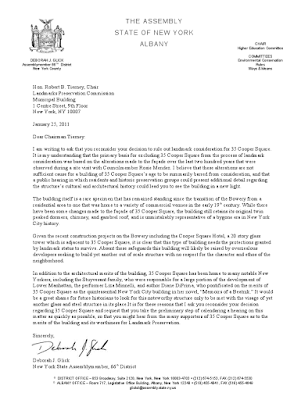 "The building itself is a rare specimen that has remained standing since the transition of the Bowery from a residential area to one that was home to a variety of commercial venues in the early 19th century. While there have been some changes made to the façade of 35 Cooper Square, the building still retains its original twin peaked dormers, chimney, and gambrel roof, and is unmistakably representative of a bygone era in New York City history.

"Given the recent construction projects on the Bowery including the Cooper Square Hotel, a 20 story glass tower which is adjacent to 35 Cooper Square, it is clear that this type of building needs the protections granted by landmark status to survive. Absent these safeguards this building will likely be raised [sic] by overzealous developers seeking to build yet another out of scale structure with no respect for the character and ethos of the neighborhood."

And a letter from CIty Council member Rosie Mendez.... 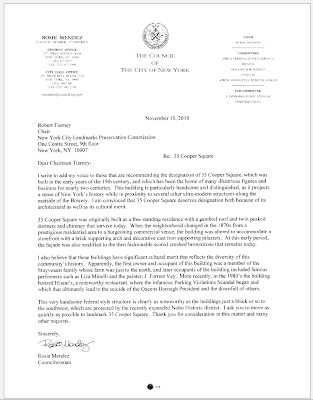 at least they raised the strength to write a letter.
funny how the history of the bowery is missing from the letters.
the el, flophouses, sammy's follies (wasn't that the name?)

As a standalone building, 35 Cooper is a gem, however, everytime I look at it in the context of its current neighbors, I just see a neglected relic. Sad but true.

@blue glass - Sammy's on the Bowery. Weegee used to take a lot of photos there.