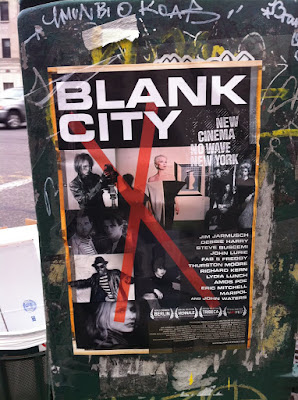 "Blank City," from French director Céline Danhier, had its U.S. premiere last Friday at the IFC Center on Sixth Avenue. The documentary provides an oral history of the No Wave Cinema and Cinema of Transgression movements in the Lower East Side in the late 1970s into the mid-1980s via interviews with Jim Jarmusch, Nick Zedd, John Waters, Deborah Harry, Fab 5 Freddy, Richard Kern, among many others.

Danhier, who makes her film debut with "Blank City," answered a few questions via email. 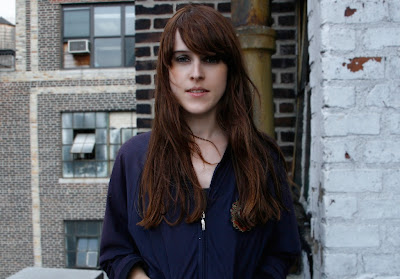 What inspired you to want to make this film?

I was living in Paris and I had worked a bit in theater and in some production companies but I have always been a very visual person and I had this feeling that I wanted to work on my own film. I went to see a lot of retrospectives and one day I happened to catch a screening of "Rome ’78," which was part of a “NO WAVE FILM” retrospective at Beaubourg.

In Paris, I was as well dj-ing with my friends and I loved playing music from that late 70s, early 80s period in New York like Lydia Lunch, Lizzy Mercier Descloux, The Bush Tetras, The Contortions and DNA. So when I saw this film, I was excited to see so many of my favorite musicians on the screen like James Chance, Lydia, John Lurie or Gordon Stevenson.

I had no idea that they had been in experimental films like this and I had never heard of any “No Wave” film movement coming out of New York so I was very intrigued. I think I really connected to the energy and the creative freedom I saw or heard in the music from that period in New York and so to find out that there were all these films that existed — it was inspiring to me. After doing a bit of initial research it seemed that these films were almost impossible to see or get copies of and I began to realize I needed to track down the filmmakers themselves.

Around that same time, I found myself moving to New York for work and very quickly I met Aviva Wishnow and Vanessa Roworth, who are the producers on "Blank City." They also shared a similar interest in that period in New York, in the music, the art, the film and they were able to tell me some things like, “you can find this Beth & Scott B film on VHS at Kim’s video” or “Yes, Richard Kern still lives in the East Village” and then I set about tracking people down. So the film really unfolded that way. 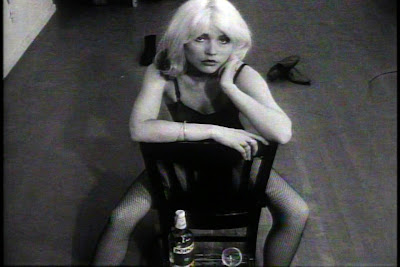 Do you think such a creative movement such as No Wave Cinema is possible again in the East Village?

Of course the East Village is a very different place now and there is a lot more money here, but still I would have to say yes. I think art movements are very cyclical and I do think that a lot of that same raw energy and creative frequency is here. It is still what brought me to New York in the first place. Perhaps now that same youthful creative explosion is happening more in Brooklyn than the East Village, but the City is always in flux. As Jim Jarmusch notes in "Blank City," New York was initially a trading post and then a city grew around it and it is always constantly changing. There are new people coming in and out of the city and the East Village daily from all over the world and I think you can’t help but find inspiration from that sort of environment. All the ingredients are there for something new to happen in the future. 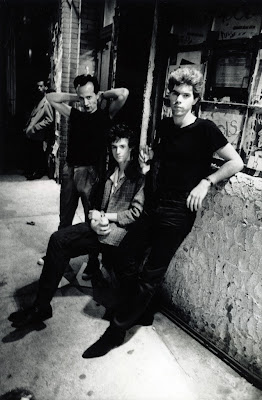 A few of the No Wave films are, to be honest, difficult to watch. Do you think there's a tendency to over-romanticize some of this work?

There was a great spirit and energy behind the making of these films that I think comes across strongly on the screen. The filmmakers shot with a very raw freedom and had this empty run-down city as their playground so to speak.

There also was a lot of collaboration in the filmmaking process with other visual artists, writers, musicians, and all the great characters Downtown. I think as a viewer, that is what you take away from watching these films the most and so I don’t know that it is an over-romanticization. I think the filmmakers and the viewers share a knowledge that some of the films may be naïve or a spontaneous experiment between friends, but I think that is the magic of them. There is a kind of a “pure” creative spirit that is captured that is really unique and inspirational.

What would you like people to take away from "Blank City"?

I think you can find a lot of inspiration in the way these films were created and in that whole creative community in the New York of that period. There were no boundaries and nobody telling you that you couldn’t do something. You had an idea – you found a way to make it happen. I hope that in the end, "Blank City" can inspire other people to get out there and make their own form of creative expression and not to be afraid to just go out and do it.

In making the film, we very much kept the same spirit of these filmmakers in that we had no formal training, no money, no equipment. Just a lot of determination — and somehow now it came together! 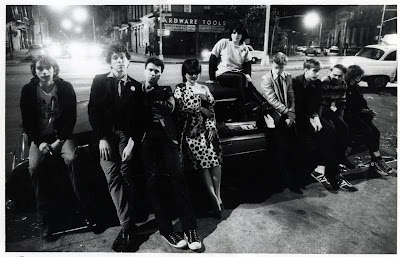 [All images, except the top one, via the "Blank City" website. Used with permission.]
Posted by Grieve at 10:02 AM

"I hope that in the end, "Blank City" can inspire other people to get out there and make their own form of creative expression and not to be afraid to just go out and do it."

Nice! I have to check her film out. Great interview.

cant wait to see this. my favorite period too!
i wonder if nick zedd is in it or if he told her to F off

Nick is in it. I should have mentioned that...

Saw this doc the other night and if this is your thing, you MUST see it. It's THE best documentary on this period I've seen so far.

They managed to get access to everyone including Lung Leg who is starting to look like one of her creepy toys from You Killed Me First.

So delighted to now have lived during a period - like Marie Antoinette or Eleanor of Acquitaine or somebody.

Here's one true thing - the East Village is unlikely to ever be as fun as it was then and also unlikely to have as much heroin. When I look at these pictures, particularly the last one, I think - God it was so easy to great clothes then. I did not look unlike that girl in the middle there c. 1978. It's kind of weird - they all look vaguely familiar. Well David Godlis was my neighbor on St. Marks Place for many years, so I probably drank and puked with a number of them.

I hope this movie is on IFC on demand b/c I don't go to the IFC Film Center - which I call the Waverly - because they broke a union there. Sometimes, even I can't believe I'm so old.

Agree with what you say.
...And they should look familiar; That was cream of the EV crop, in that picture. ...And, I'm not sure which girl you are referring to, but you either looked like Lydia Lunch, or Anya Phillips.

Is that Anya? She was b*tch, but she was a genius. I had the same hair cut and wore late 50s and early 60s bar mitzvah and cocktail dresses most of the time, but I am Italian. There was big Italian influx into the EV in the 80s.

Did you know Keiko Bonk? She's like the mayor of Honolulu or something. I think that's hilarious.

Klaus Nomi was such a gentle soul - he baked pies if I remember correctly.

I'll never forget the day I met Syl Sylvain in Manic Panic - he was knitting sweaters for sale. He said: My name's Syl; I knit sweaters.

It was like that then. A combination of hand-made and dissapation. That's what made it so fun.

Anya died of cancer in the 80's