Dumpling Lab, recipient of a new Bib Gourmand, has closed on 9th Street 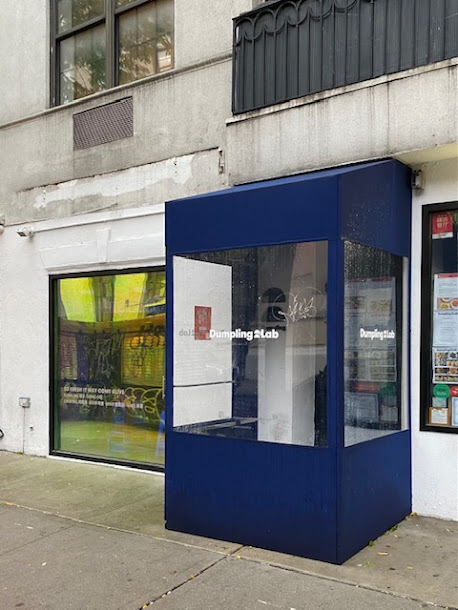 After nearly a year in business, Dumpling Lab has closed at 214 E. Ninth St. between Second Avenue and Third Avenue. (Thanks to Steven for the photos.)
The space had been dark recently, and Google listed them as "permanently closed."
Dumpling Lab management confirmed the departure in a text, stating: "we will be looking for another location to reopen in the near future." 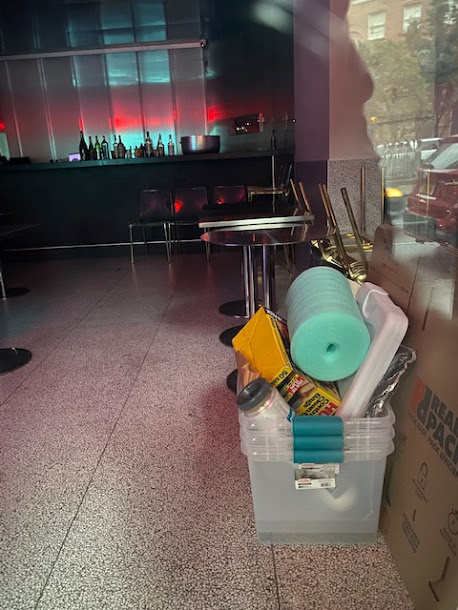 The restaurant, which drew inspiration from chef Xiaomei Ma's native Tsingtao, China, was from the same team behind Hunan Slurp on First Avenue between Sixth Street and Seventh Street.
And lousy timing on the closure, as Dumpling Lab just made the 2022 Michelin Guide's list of 18 new Bib Gourmands.
Posted by Grieve at 5:05 AM

Just my luck. I wanted to try this place out on Sunday and it was closed, now i know why. Hope they stick around the EV.

Their dumplings were delicious but the place felt like an airport terminal eatery. And they charged you for ordering on your phone (the only way to order). Not user friendly.

damn! so happy I got to try before it closed. Was really good food!

I don't see how these small limited restaurants manage to stay afloat given the ridiculous commercial rents and not a lot of foot traffic. The city needs to get involved in helping businesses stay operational.

It's happening again.
I'm sorry that such cozy local establishments are still defenseless.