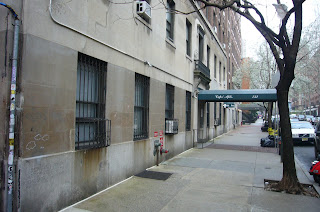 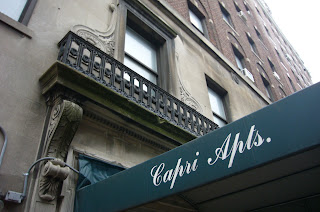 So someone told me that Butch Cassidy (as in Butch and the Sundance Kid, Newman and Redford!) lived briefly in the East Village. That someone was right. As the story goes, Butch Cassidy lived in a boardinghouse run by Mrs. Catherine Taylor at 234 E. 12th St. between Second and Third Avenues. This was in 1901. Butch (joined later by the Sundance Kid and his squeeze, Etta Place) hung out here for awhile, spending money, among other things, on their way to Argentina. There's no more No. 234 on the block. That building was torn down to make way for a nursing school. The building now houses a doctor's office and some nice-looking apartments.
Posted by Grieve at 1:27 PM