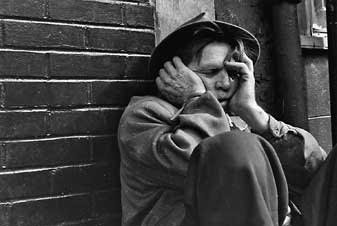 Scoopy's Notebook in The Villager this week includes the following item:

Billy Leroy of Billy’s Antiques & Props said a man identifying himself as John Varvatos came into his E. Houston St. tent last week and purchased a $150 lamp for his new boutique at the former CBGB space on the Bowery. Saying he knows what “the street” thinks of the Varvatos shop, Leroy said he checked it out and was pretty impressed. “I am glad it is not a bank or a Starbucks and I think John did a tasteful decorating job,” Leroy said. “However, I did warn him about the ghosts of the dead rockers and junkies that haunt CB’s and the Bowery, and offered him an exorcism kit when he was buying a cool lamp.”
Meanwhile, the Varvatos shop has its official opening tonight. There will be protestors. Get the details here. (Via Jeremiah)
Meanwhile 2:
Scoopy also reports that the Manhattan borough Parks Department commissioner has signed off on a permit allowing concerts to commemorate the 20th anniversary of the Tompkins Square riots to occur Aug. 2 and Aug. 3.

Email ThisBlogThis!Share to TwitterShare to FacebookShare to Pinterest
Labels: John Varvatos, Scoopy, the Bowery, The Villager