Critters on the loose in Manhattan! (NOT on the menu at Serge today: Possum)

While walking to a dumb lunch appointment today up in Midtown ... I saw five police cars parked along Madison Avenue in the 30s. Several police officers and passers-by were staring at the trellis next to the door at the French eatery Serge. 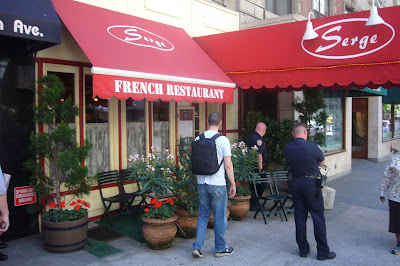 A makeshift barrier was set up outside the restaurant, which was not yet open. 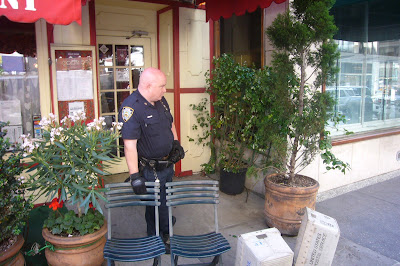 Uh, so why are we all standing here looking at the trellis? A building maintenance man and bicycle messenger said in unison, "Possum!" Well, sure enough, a possum was hovering in the corner....looking pretty menacing... 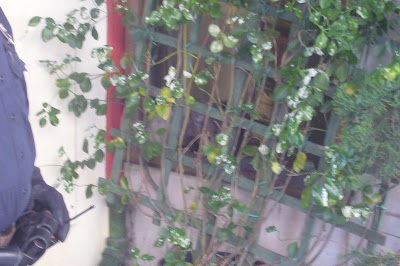 So we all stood around like a bunch of dopes while the police officers figured out the best method of humanely trapping the possum. That left people time to theorize. "How do you think he got here?" Well, said one man, "I've seen possum in the Bronx." Another man chimed in, "I bet he took the subway!"

Yeah, OK....the police eventually got a little cranky with so many people — now maybe 40 strong? — milling about. 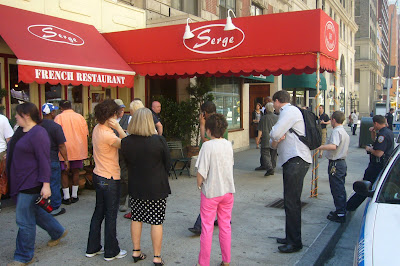 We did. People new to the crowd said things like, "What is it, a gas leak?" Tourists took photos. 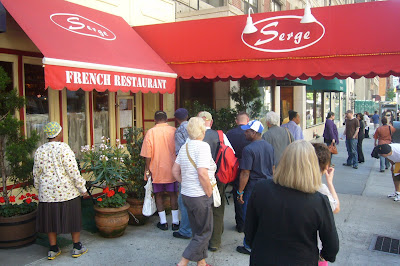 A few minutes later, an officer approached the possum with an apple-picker-looking thing. The possum was placed inside a plastic trash can and carted off... We didn't hear where the possum was being taken. People stood around for a few more moments, seemingly disappointed to see the free entertainment come to a conclusion.