Metal plates on Houston and Pitt driving some people crazy 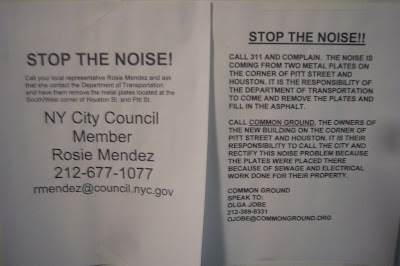 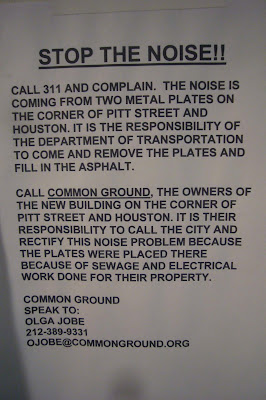 These fliers were spotted on Second Street between Avenue B and Avenue C -- on the buildings that face Houston. The plates in question do make an awful ka-chunk! when a car/truck drives over them. Which is about every four seconds. It's annoying... On the bright side, you likely won't be able to hear the plates, at least during the day, once the Eastern stretch of Houston gets ripped up...

And what's happening at Pitt and Houston?
Posted by Grieve at 6:59 AM