Sharpie-wielding artist off the hook; MTA misses out on making some money 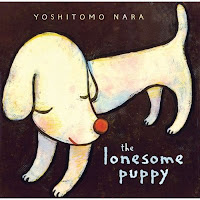 Back in February, pop artist Yoshitomo Nara, spent the night in jail for doodling a smiley face on the wall of the First Avenue L-train stop. Thank God this fiend was busted! Oh, the charges were dropped today.

His attorney modestly told the Post: "He can get back to wowing the art world with his great art."

The paper also notes the following:

The always cash-strapped Transit Authority missed an opportunity to make some money off the incident -- their efficient employees wiped the graffiti off the wall. It's been estimated the brick it was on could have been sold for an estimated $10,000.