With these photos, EV Grieve reader Peter notes the continued deterioration of the Shepard Fairey mural on Houston and the Bowery... As he said, "Odd that the previous mural remained so untouched whereas Mr. Fairey's mural has seemingly been under attack since day one." 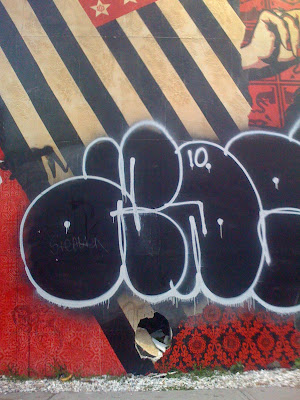 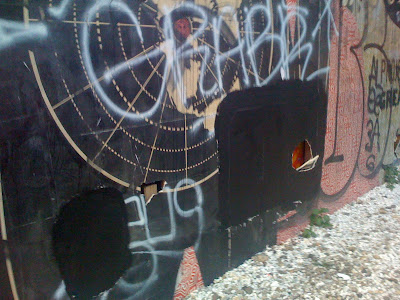 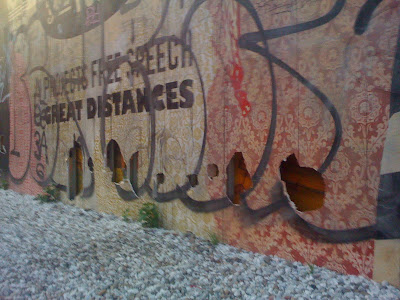 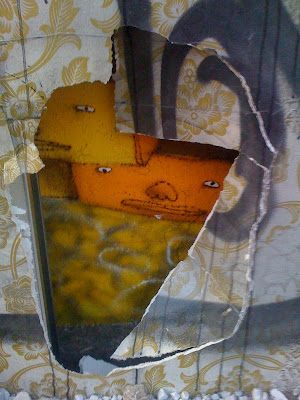 NYC the Blog noted the latest bout of vandalism... and counted 11 holes in the mural... Said Bucky Turco of ANIMAL last week: "At this point, unless someone lights it on fire, I really don’t care what happens to Shepard Fairey’s mural..."

I wonder if they can't remove the structure because of the violation they got.

the truth is that he in a roundabout way he capitalized off graf without ever being a writer. i remember he would take out adds in "skillz" in the early 90s but never had a tag in it bc he never had a tag. he saw the future, and decided to be one wack motherfucker. we all know hes a corporate whore riding off the real culture.... even the dumbest goon crack smokin vandal knows thats something to be despised.