From the EV Grieve inbox .... from the Anthology Film Archives ... Richard Kern will be there tonight for both the 7 and 9 screenings...

Richard Kern’s controversial, unconventional, and darkly comedic short films earned him immediate distinction in the 1980s underground film circuit. A prime figure in the “Cinema of Transgression” group of that era, Kern is likely more recognized today for his erotic photographs, books, and videos. Looking back it is clear that Kern’s Super-8 films were an attack on the entrenched avant-garde and a close-up examination of highly subversive behavior. Starring the likes of Lydia Lunch, Nick Zedd, David Wojnarowicz, Karen Finley, Lung Leg, Henry Rollins, and Kembra Pfahler, featuring original soundtracks by musicians such as Foetus and Sonic Youth, and widely distributed on VHS during the burgeoning days of alternative and punk music, Kern’s films remain shocking, sexy, disturbed, debauched, violent, and really quite wonderful. These eye-opening works still rattle the senses.

In conjunction with a group show featuring his photographs at the gallery Maccarone (630 Greenwich Street), opening on September 9, and to celebrate Anthology’s preservation of a number of his works, we present this two-program survey of Kern’s most notable films. Along with a few surprises! 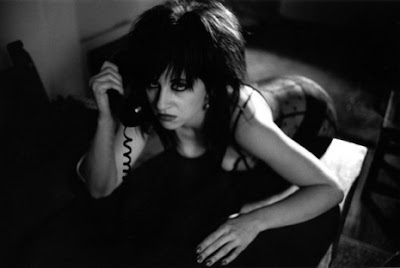 YOU KILLED ME FIRST (1985, 12 minutes, Super8mm-to16mm)
Newly preserved, with support from The Andy Warhol Foundation for the Visual Arts.
Featuring Karen Finley, David Wojnarowicz, and Lung Leg.
During Thanksgiving dinner, a young woman recalls family milestones that helped shape her outlook on life.

PROGRAM 2 at 9 p.m.:
MANHATTAN LOVE SUICIDES (PARTS 1 AND 3) (1985, 18 minutes, Super8mm-to-HD video, b&w)
“Stray Dogs” (Part 1): The thwarted and destructive loves of an art lover facing his idol. Featuring David Wojnarowicz and Bill Rice. Music by J.G. Thirlwell.
“Thrust In Me” (Part 3): This provocative film probably shows the synthesis of the Cinema of Transgression by illustrating the worst taboos. Featuring Nick Zedd and others. Music by The Dream Syndicate.

SUBMIT TO ME (1985, 12 minutes, Super8mm-to-HD video)
Featuring Lydia Lunch and others. Music by Butthole Surfers.
A series of decadent portraits in which sex, bondage, blood, and violence collide.