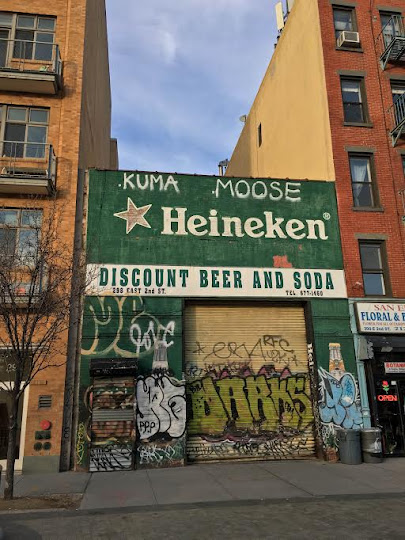 The demo permit is now on file with the DOB... ahead of some unspecified new development.

We first reported back in September 2014 that the one-story warehouse was for sale. Per the listing:

It is located in an R8A zoning district with an FAR of 6.02 (approx. 15,941 SF) or up to 7.2 FAR with Inclusionary Housing designated area bonus (approx. 19,066 sq. ft.) This prime development site is across the street from Hamilton Fish Park and a branch of the New York City public library, offering unobstructed southern exposures.

A new development would enjoy sweeping views of downtown and midtown Manhattan, Williamsburg, LIC and more.

The asking price was $8.9 million. According to public records, it sold for a little more than $7 million last fall to 298 East Village Owner LLC.

To date, there haven't been any any work permits filed for this property, which sits adjacent to two other new developments — The Adele on East Houston and Avenue D and The Robyn on East Third Street near Avenue D.

East Village now minus 2 beverage distributors
Posted by Grieve at 4:10 AM

not so slowly, one by one, the east village is being torn down,
replaced by cold ugly shiny and soon to be shabby glass boxes that grow too tall and call upon the ghosts of what was here and destroyed as the sales patch.

It's very much becoming a city that caters to one particular demographic, that's for sure.

Amazing how in just 5 years how much that stretch of Houston has changed and mostly not for the better.

What city are you referring to? NYC is 65% nonwhite. I find comments like yours confusing. NYC has more foreign born residents than ever. Your comment would make sense if you were referring to Portland.

No need to see the rendering of the next building going up here: it will have large square window with a grid of panes that give it "context" with the LES's "industrial past". This new loft building with have luxury details, a duplex on the top two floors, top of the line appliances, Caesar stone, blah blah... Only question is will it have a blend of red or purple bricks?

Anon. 2.21,I think the demographic Anon. 11.28 was probably referring to was the rich, no matter their color or race .

This neighborhood is starved for luxury condos!