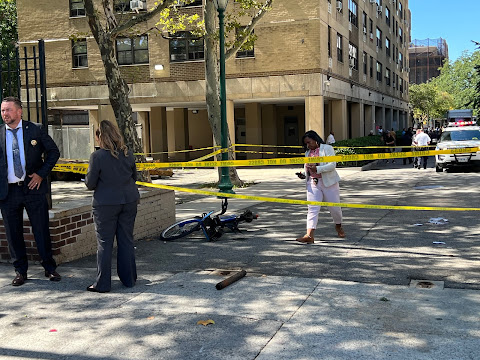 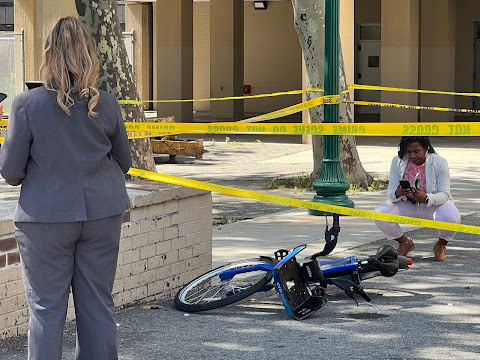 NY1 reported that the man, whose identity has not been revealed, was pronounced dead at NYC Health + Hospitals/Bellevue.
Police at the scene recovered three shell casings... 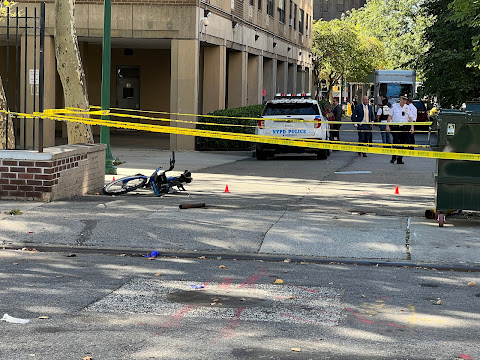 Police and published reports stated that the suspect is a man in his 20s who was wearing all black and a face mask. Police officials told ABC 7 that the victim had been targeted by the gunman.
The circumstances leading up to the shooting in unknown at the moment. In an unrelated shooting early this morning, a 25-year-old woman was shot and killed on 14th Street at Irving Place. That shooting remains under investigation.
Updated 9/2
The Post reports that the victim was an alleged Money Boy Gang member.

The gunman blasted him four times in the head as he walked out of an apartment building, according to cops and the sources.
Video reviewed by investigators shows that the gunman walked back and forth after he shot the victim, then kicked him multiple times in the head, sources said.

We saw the convoy of cops and EMTs speeding up Avenue C at 1:50

2 murders in 1 day, both victims in their early 20's, and the suspect for both murders was "someone" wearing all black and a mask.

Jesus Christ. Here's hoping our insane police force is actually back on the streets instead of doing whatever it is they do most days

@1953 the onus is not just on nypd but on the parent(s) who raise these kids and lawmakers who enable criminals.

I live there crazy

We never here about an innocent civilian shooting their way out of a crime scene, so why believe it is a scenario worth protecting. The illegal transfer of guns is a business that must end.

Re Duggan 'The illegal transfer of guns is a business that must end.'
Arrest and jail anyone with an illegal gun. Period.

And arrest the republicans that continue to abet the flooding of guns, drooling over the dark blood money they get from Satan’s NRA. Wayne LaPierre should get the death penalty for he has contributed to the demise of our society.

Records show that the victim was paroled last year in connection to an attempted murder conviction.

“He was a genuine man, he helped a lot of kids during a tough time. He was loved by everybody,” a woman who identified herself as a relative said. ” It was unexpected. Nobody would ever thought this would happen.”

Police force needs officers. NY is a jungle they can’t be everywhere at once.