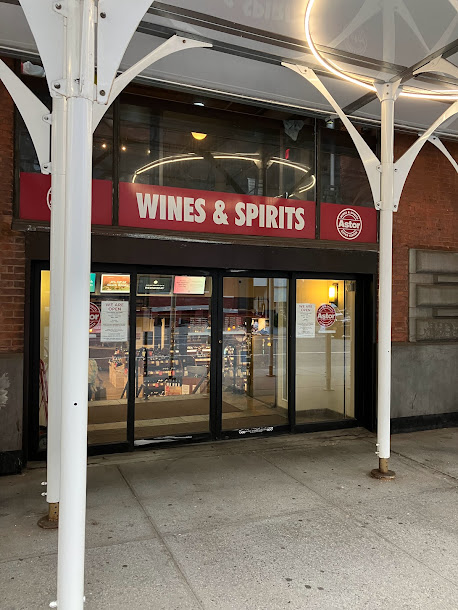 Astor Wines & Spirits, founded in 1946, has been sold to its employees.
The Fisher family, which has owned and operated the business since 1968, shared the information in a press release yesterday. Terms of the transaction, completed on Aug. 16, were not disclosed.
Company president Andy Fisher explained the decision in a statement.
"My brother Rob, Astor's chief operating officer, and I believe the best succession plan is to entrust Astor to the people who have been so instrumental in building our enterprise," he said. "By becoming an employee-owned business, we ensure that Astor Wines & Spirits will maintain our qualitative standards in selection and service while providing the additional benefit of rewarding our outstanding team."
Astor Wines & Spirits has approximately 75 employees.
Here's more about how the sale worked:

The sale was made to an Employee Stock Ownership Plan (ESOP). In an ESOP transaction, the current stockholders sell their shares to the ESOP, and are paid over time from the company’s earnings. Shares in the newly formed ESOP are free to employees who redeem those shares at retirement.

On retirement, the redemption value of the employee’s shares is predicated on the success of the business. ESOPS generally have higher sales and job growth than non-ESOP companies. Examples of other ESOPS include Publix Super Markets, WL Gore (the makers of Gore-Tex) and Bi-Mart.

In 2006, the shop moved from Astor Place to its current home in the De Vinne Press Building at 399 Lafayette St. on the NE corner of Fourth Street. In 2008, Astor Center — an educational facility that offers classes on wine, spirits and cocktails — opened at the same location.
Posted by Grieve at 5:05 AM

Wow. Now this is a great post . Kudos to the Fisher family..

More of this please

"My" success, hoarding, selfishness, individualism vs. "all of our success" focusing on our collective interests, helping us to become a loving and supportive society, living with/amongst others with shared resources is such a no-brainer.
Astor Wines set a beautiful example for us all, thank you!

Julia Fox did a photoshoot beneath this scaffolding. Inspiring.

Congratulations to the Fisher family. We have loved shopping at Astor and enjoyed many excellent wine tasting classes taught by Andy Fisher. So pleased to see that they are an excellent company in this way.

I was already an Astor Wines customer, they've got the best wine selection in the city. But this definitely drives my motivation to shop here even more, congrats to all of the employees!

What a difference in how this business is run when compared to Trader Joe's wine shop. Local businesses rule.

Congratulations to all of the now owners of Astor!

Excellent news. Never regret stopping in there when I'm in the area, and this makes me even more happy to support them! (Excellent service too, they helped us choose affordable and tasty wines for our self-catered wedding reception several years ago, and if my memory is correct, they delivered the cases for free).

This will definitely encourage me to shop there.

Wonderful solution where everyone is a winner. Kudos to the Fisher family and the new owners/employees.

I have been buying all of my herbal liqueurs at Astor for many years. They ship it to me free of charge for orders over $100. All I drink are herbal liqueurs before bedtime. I do not drinks the ordinary booze such as vodka or gin.

CONGRATULATIONS & all best wishes to the new owners!

Right On!!!! don't drink anymore but this warms the heart

This is a shining example for other businesses. Maybe Starbucks and trader Joe's should look to this model

How gracious of the Fisher family to go out with such class! Thank you for thinking of your employees and the neighborhood. We always shop there because we trust them and their suggestions. Great post!

Excellent news! Congrats to the workers and former owners for "doing the right thing." Astor has been my go-to place for years, and now even more reason to do so. Solidarity forever!

The billionaire owner of Patagonia has just given his company away. He chose not to sell it, but handed it over to a nonprofit and trust. There are good people out there - just not enough.

Kudos to Astor Wines and best wishes for their future.

What if, you gave your company to it's employees, with a stipulation that the "excess profits" go to combat climate change?