Full reveal at 15 Avenue A 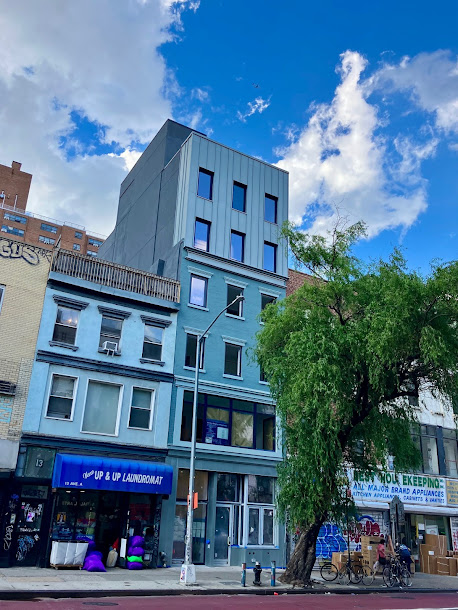 Workers removed the plywood from outside the gut-renovated and taller 15 Avenue A on Monday... revealing the building's entrance and retail space here between First Street and Second Street ... 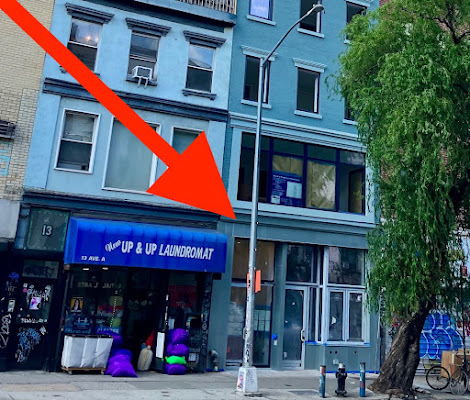 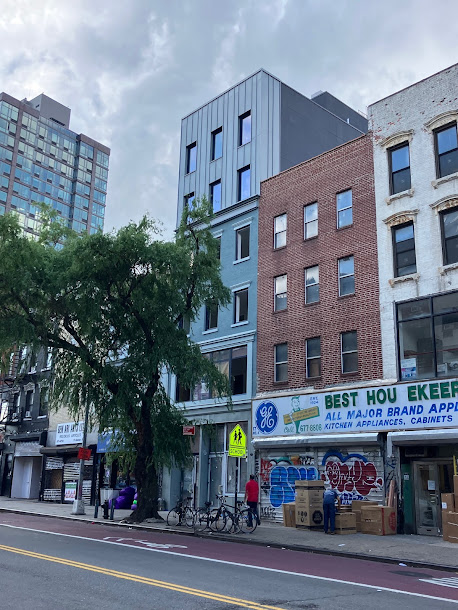 As previously reported, the currently vacant building received a vertical extension with two new floors, moving from four to six... with five residential units (likely condos) in the making.
The new retail tenant is expected to be a wine bar/restaurant from Bushwick-based pizzeria Roberta's. (First reported in September 2019.)
Community Board 3 approved a beer-wine location for the ground floor back in September. The minutes from that meeting show that Roberta's will have 12 tables and 44 seats with one 12-foot L-shaped bar with four seats. Hours of operation were listed as 11 a.m. to midnight, with "Italian food (pizza, pasta) prepared in a full kitchen, serving food during all hours of operation, no televisions, and ambient recorded background music."
The retail space at 15 Avenue A was previously the Family Dental Center, which moved down to Essex Street in 2017. The building changed hands in early 2018 for $4.3 million, per public records. Z+G Property Group is the landlord.
Posted by Grieve at 4:48 AM

That vertical extension is (of course) hideous

There have been many long and slow jobs in this neighborhood in the past few years. This is easily the longest, slowest, and worst to be delivered. And by the looks of it, it does not appear to be fully delivered yet anyhow.

What part of “oversaturated with liquor licenses” does community board 3 not understand? Just more of what we don’t need.