The East Village outpost of the Mermaid Inn reopens TODAY; take a look inside 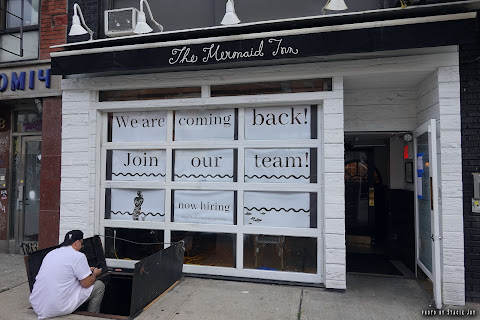 Photos by Stacie Joy/HT Steven!
The Mermaid Inn reopens later today (4:30 p.m.) at 96 Second Ave. (Note: This is the soft opening. The official opening is Sept. 15.) 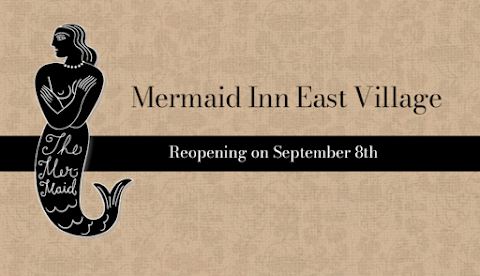 EVG contributor Stacie Joy got a look inside yesterday as workers were gearing up for the grand reopening... 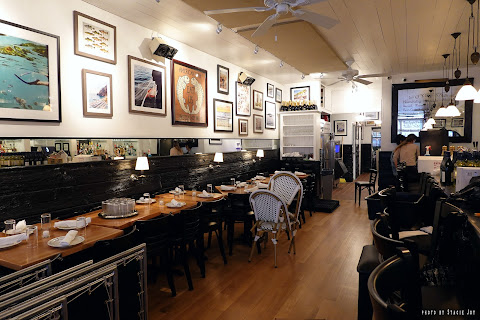 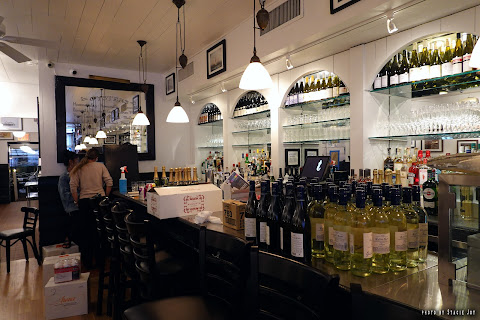 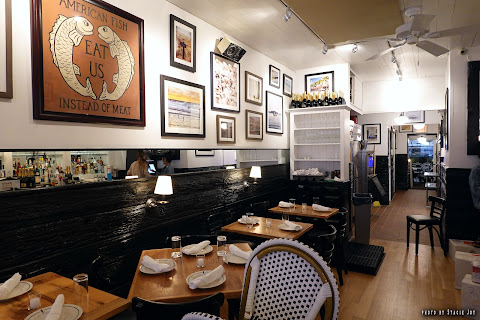 Per Stacie: "The end-of-meal chocolate pudding/pot de creme dessert will still be there but the fortune-telling fish will not be coming back (due to plastic)."
Mermaid Inn closed here between Fifth Street and Sixth Street during the pandemic. Co-owner Daniel Abrams and partner Cindy Smith decided to shut down the seafood restaurant in the wake of failed attempts to reach a workable rent deal, Eater reported at the time.
There were later issues with a stringent State Liquor Authority that was delaying the reopening.
The Mermaid Inn arrived in the East Village back in 2003. There are also locations in Greenwich Village, Chelsea and the Upper West Side... with Mermaid Mexicana opening in the spring on MacDougal Street.
The EV hours moving forward: Wednesday-Saturday: 4:30-10:30 p.m. ... with a 10 p.m. close on Sundays.
Posted by Grieve at 4:22 AM

The only restaurant we would still bother going to before it closed. Looking forward to our next visit. It's been a while.

Such a great place ! Happy they are back !

Welcome back guys. Hope you taught that landlord a lesson.

Brindle Room is open. The famous burger is $22 with fries. Not too bad, was afraid it would be higher.

SO happy they have reopened! Love the food and the vibe. It's a visit to a lovely seaside restaurant without the sand.

Closes at 10:30 pm? People always say go back to the suburbs. NYC is no longer the 24 hr city that never sleeps. Restaurants in the suburbs have later hours. But I guess all the complainers are happy. Soon we won't need overnight trains.