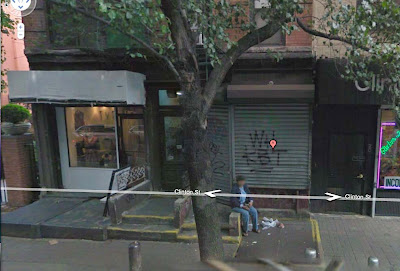 According to the work-crew foreman, the building is being primed for demolition, thereby — among other things — displacing Connie, the longest-term resident of the block, and its unofficial guardian. The large yard behind the building is being dug up in preparation for the two plots to be thrown together to create at least a six-story building, according to the reader.

No permits are on file with the DOB for 16 Clinton St. However, there is a stop-work order.... there have been six complaints in the last few days about work being done without a permit. Regardless, workers were still on the scene today.... 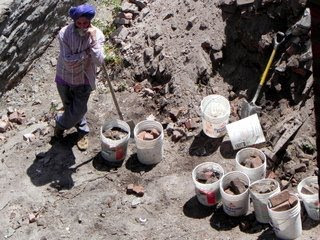 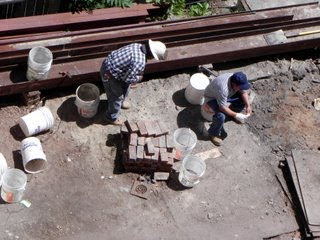 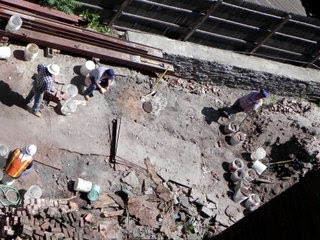 I think you meant *without* a permit, EV!

Oops! Yes, thanks BaHa! I made the edit!

Barbara Hanson ... are you a resident? Why are you so involved in this issue?

Regardless, It is true there was no permit for or plans for demolition for the building, although it does seem like there was a preparation for some sort of construction. The building's owners communicated to me there were never plans of demolition, which is why I don't understand why the residents jumped to such conclusions. It seems to me there is no open communication between the residents and the landlord, the residents going to the community board before the landlord shows the distrust between the two parties. Before any accusations are fired and before such articles are written, the evidence should be throughly researched . From what I understood the landlord was just trying to rebuild the building in the back of the land lot, no plans for demolition, so the resident's concerns are invalid. There was no threat.