Your guide to the doomed corners of the Bowery

It's challenging to remember all the change coming to what's left of the Bowery... so, a recap, starting next to the New Museum...

1) Speaking of the New Museum, they bought the former restaurant supply company at 231 Bowery here back in September 2008 for $16.6 million, according to the Times. Museum officials said they'd use the top floors for offices and storage and lease out the groundfloor to retail... 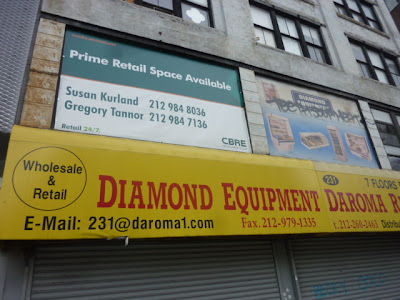 2) The parcel of land across the street from the New Museum has nearly 67,000 square feet of buildable space -- six lots on the Bowery at Prince Street... and it has been on the market...the Bari family has owned the property since the 1940s... 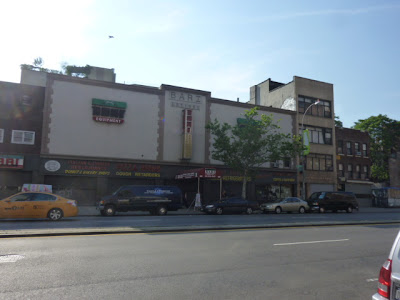 3) Eater reported last week that a new restaurant is taking over part of the Sunshine Hotel annex at 245 Bowery at Stanton Street... 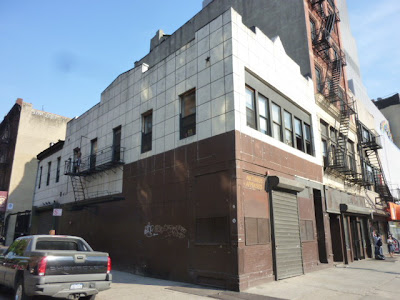 4) At 57 Bond at the Bowery (your "new intersection of cool")... the former WaMu bank branch can be yours for retail... Seems like a 1,000 years ago when a Sunoco was on this corner. 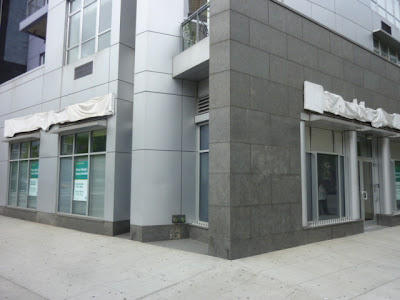 5) 325 Bowery at Second Street will become the latest manly-man eatery/bar from Taavo Somer and William Tigertt... 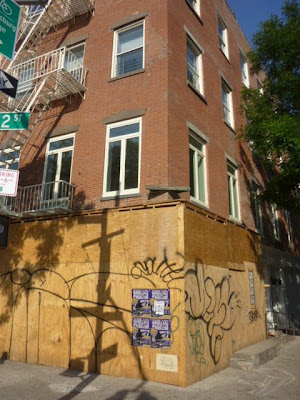 6) I don't know about the southwest corner of the Bowery and Great Jones... can't image this will be an empty lot for too much longer... 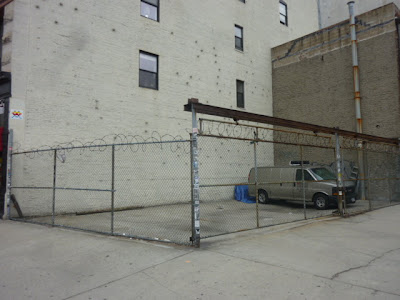 7) As I reported last week, the space is available immediately at 348-352 Bowery, which includes the corner lot... 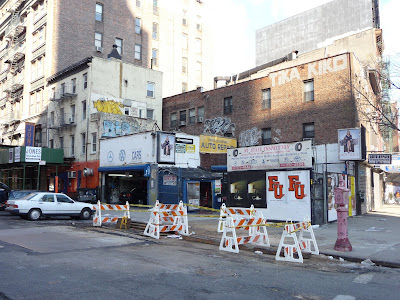 8) The former Salvation Army East Village Residence at 347 Bowery was primed to become an upscale sushi place, but the Koi people decided against it... still for the taking... 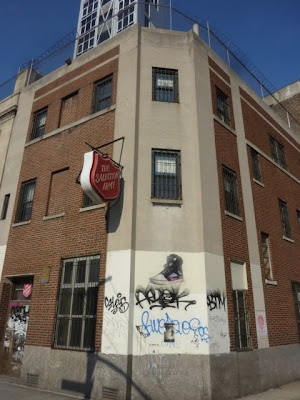 9) And as it has been reported this week, 2 Cooper Square will have apartments for upwards of $20,000 a month. 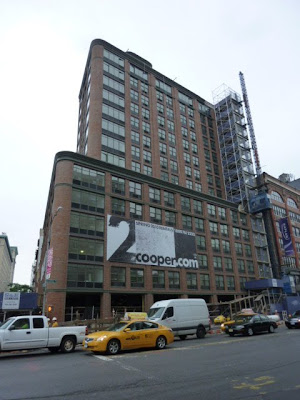 10) The White House at 338-340 Bowery is doomed... The four-story building erected in 1916 now serves as a hostel as well as a permanent home for a handful of low-income residents. It is destined to become a hotel...

11) The former Amato Opera building is now taking offers for use as a restaurant...

12) 250 Bowery is a stalled hotel project that is now a hole in the ground... As BoweryBoogie put it: "A dormant pit of doom defined by overgrowth, rusty steel pylons, and errant trash." 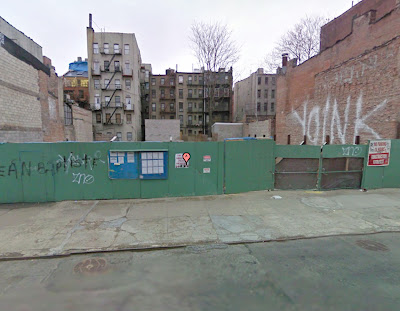 13) How about the northwest corner of Houston and the Bowery where Shepard Fairey is getting tagged now? Jeremiah has more on the history (and future) of this space....

And this is just from Prince to Fourth Street... keep going south and you'll find more disturbing closures and developments... BoweryBoogie has been all over this...

Not even a new dickchicken on one of these corners makes me smile anymore... 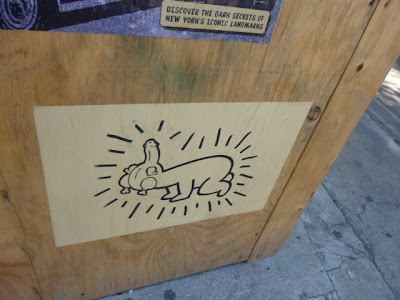 Email ThisBlogThis!Share to TwitterShare to FacebookShare to Pinterest
Labels: doomed locations, the Bowery

I feel like Princess Leia watching Peter Cushing blow up Alderaan. The Bowery now feels like a place I knew that no longer exists.

I know... I was trying to remember all the businesses that have closed or moved of late... Marion's, Downtown Music Gallery, Bowery Tattoo, Amato Opera....

who needs those businesses when you can have another few subways, right?

wow, disheartening, disgusting, disreputable, and downright gross. it all happened so fast I cant believe it