Inside Otto's Shrunken Head after the fire

As you know, an early-morning fire broke out at Otto's Shrunken Head on Sunday... Everyone I've talked with has said the same thing: It could have been a lot worse...

Still, it's pretty bad... Thanks to DJ Xerox, who plays at Otto's and lives in the same building on 14th Street, for passing along these photos of the damage. Co-owner Nell Mellon told me Sunday night via e-mail that the showroom was the hardest hit in the bar. 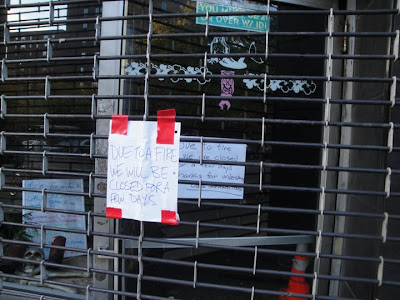 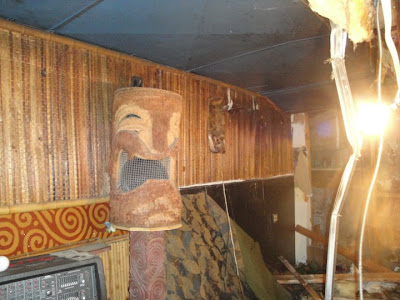 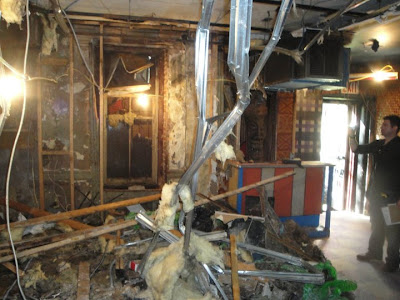 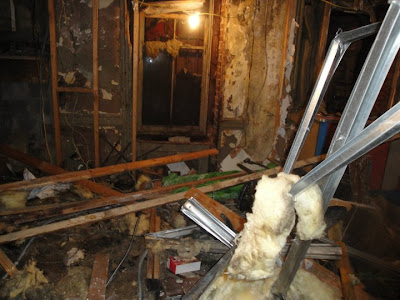 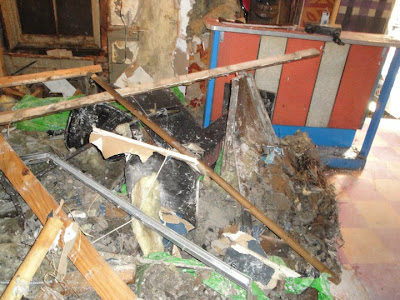 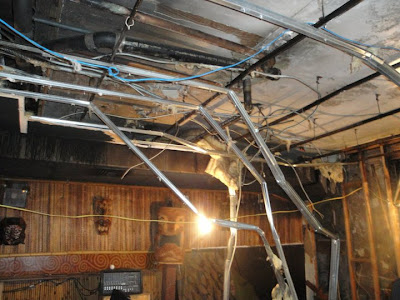 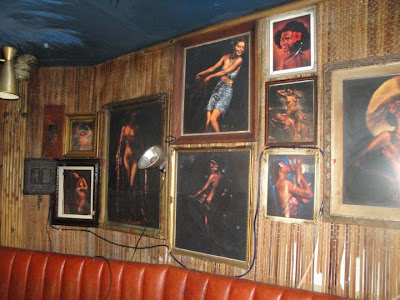 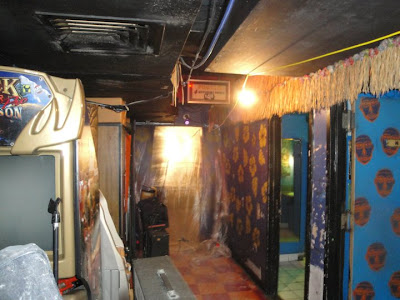 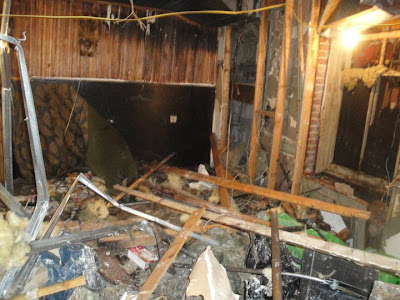 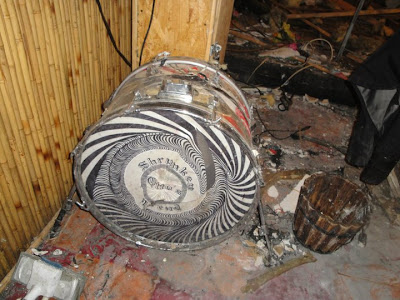 There is good news to report: If all goes as expected, the front room at Otto's will reopen tomorrow night. (Check their Twitter feed to make sure they are open.) No timetable just yet for the back room.

Breaking: Early-morning fire at Otto's Shrunken Head
Posted by Grieve at 7:00 AM

Wow, that looks terrible. Glad no one was hurt and the upstairs residents are ok. Still no word on the cause? I say we all drop in this weekend and give them some business...looks like they're gonna need it.

Still hearing electrical fire... nothing official yet, I don't think...

I hope the fire burned their machine that scans your drivers license and saves your personal information. I won't go in there until they get rid of that.

@Jill, what do you think Otto's is doing with that information. I worked at a bar that has the same scanner and we always had people complain that "we were storing their personal information." We didn't care about the information and we certainly didn't do any thing with it. The machine would tell me when you last came in along with your name and birthday but that was it.

The machine is a PITA for the user as well but it's generally used so you can tell the community board that you are serious about cracking down on underaged drinking. The machine itself is really expensive and not many bars would buy it unless they have a good reason.

Is that machine new? I've never had anyone use a card scanner on me at Otto's.