On the November SLA/CB3 docket: A rebranded Aces and Eights, another Taqueria and, of course, Superdive 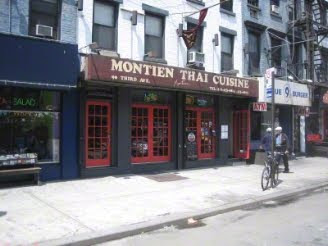 As you may have seen yesterday at Eater or The-Lo-Down, the CB3-SLA docket for November is now online.

A few items of interest:

Three words for you: Boats 'N Hoes! (Or is that two words?)

Well, we were told the former Aces and Eights, now closed, would rebrand itself as 34A...

The end for the veggie bistro?

Interesting... this is the address of Niagara... curious to learn more hat this is about...

At the location of Montien Thai Cuisine, which has been on the block.

This is the former Cosmic Cantina space.

Bonjoo, the Korean restaurant on First Avenue between Sixth Street and Seventh Street, closed earlier this year... and it looks as if First Avenue is getting another Taqueria.... like the one below...

This is the new Mexican place in the former Western Union space.

Odessa? Who complains about Odessa? I'll be there, supporting them. Where else am I gonna eat at 2AM on a Tuesday? Best diner staff in NYC, by the way. Friendliest bunch of guys!

As for Diablo, this is the beginning of a long road uphill for you guys, less than a year in business and you're already headed for Sin Sin land.

I honestly think Superdive takes their agenda on and off just to throw people as to whether they are actually going to show up. It's a good strategy.

Dust off the gloves!

I believe it's the Odessa bar, not the restaurant, that's up...

where is the odessa bar? they are listed as restaurant and bar. i always thought of it as an old ukrainian restaurant. oh well, it's progress right?

i especially like "corporation to be formed" - let us have the license and we'll get legal. sort of the cart before the horse, no? it would be nice to know what folks are going to be involved in the to be formed entity.

there were always lots of bars down here and underage drinkers, only they did not feel entitled to take over the entire neighborhood with their juvenile, antisocial behavior. too bad for us.

Not red Odessa or green Odessa - over my aging but still somewhat rockin' body - nobody messes w/ Odessa!