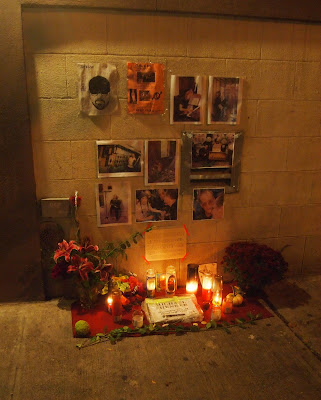 As you may know, Michael Shenker, a longtime squatter and community activist, passed away last Saturday morning. Colin Moynihan wrote a feature on Shenker's life and death earlier this week for the Times:

Mr. Shenker was perhaps best known in the neighborhood as a tactician who thought up ways to protect appropriated buildings and community gardens that were subject to eviction or bulldozing. Some of the projects he started ended up with narratives as dramatic any of the operas he loved.

Meanwhile, there are several gatherings scheduled to celebrate his life.

Sunday, October 10
Time's Up Garden Party
3:30 p.m. at El Jardin Del Paraiso
Located on Fourth-Fifth Streets between Avenues C and D
Michael was a co-founder of the More Gardens Coalition and a force behind saving NYC gardens. Reverend Billy and the choir will be at this event.

Saturday, October 16
March Around the Neighborhood
Meet in the middle of Tompkins Square Park at 5 p.m.
Friends will march around the neighborhood and arrive at his funeral. 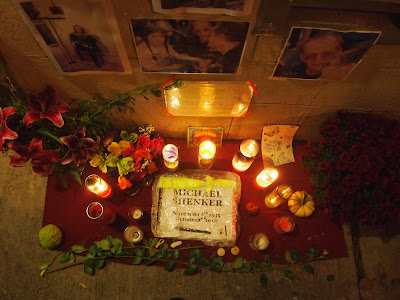