Following up on our previous post... there was a heavy police and fire presence on 10th Street between Avenue B and Avenue C this afternoon. One witness reported a fire. According to a commenter: "I just spoke to someone working on site who is the 'board up guy'... he said a man set his apartment on fire right before shooting himself." (Please keep in mind that none of this has been officially confirmed by police or fire personnel.) 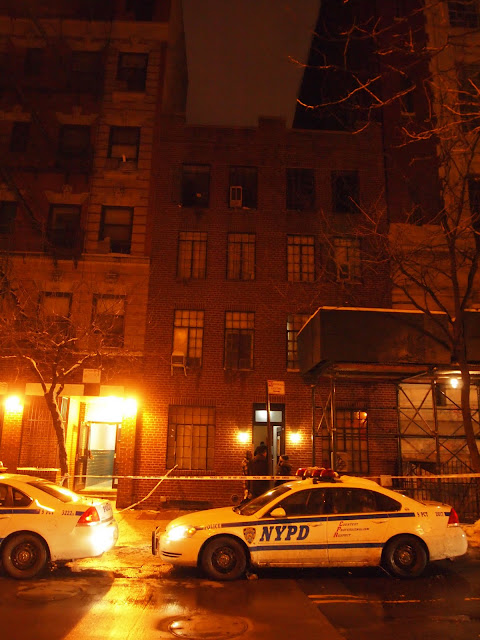 Reliable sources have confirmed this story... The man was believed to be living in an apartment on the top floor... more details will follow... Police are currently at the scene, and are remaining tight-lipped — not even responding to queries from neighbors here. 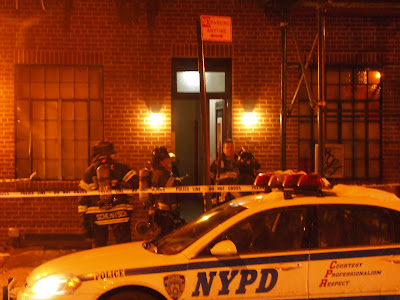 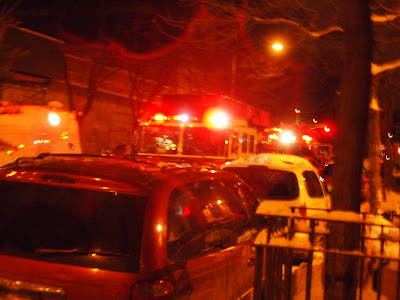 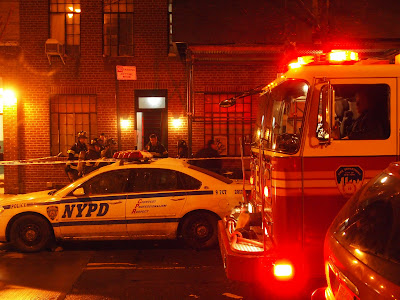 Patrick Hedlund has more information at DNAinfo. Per his story: "Authorities at the scene said that a man on the building's fourth floor, where the fire started, had shot himself in the head and died. Police said they didn't know if there was a link between the shooting and the fire. The NYPD and FDNY could not confirm that information."
Posted by Grieve at 6:47 PM

holy shit, that's crazy! it's like the whole neighborhood is going up in flames.

is everyone else okay?

Crazy amount of fires lately in the neighborhood.

I just noticed that the twitter feed from Engine 28 and Ladder 11 is no longer on Twitter. It was keeping me informed when the company was diverted to serving mid-town.

Holy shit, this is turning into one horrific story.

@ Glamma... You're right... the account was pulled right after the Post featured it in November ... which is one reason why I've been posting updates on the E 28 L 11 schedules...

hey - gamma is not glamma. someone is totally ripping off my name

Weird! I didn't even notice! Sorry about that!