Back in September, we first saw the construction-netting-free new apartment building at 92 Seventh St. ... in the former garden of the Miracle Grill ... At that time, we also noted the "for lease" signs up around the corner in the Miracle Grill space on First Avenue... 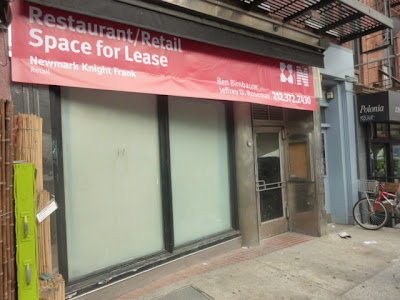 I noticed that a sign recently went up advertising the groundfloor space on Seventh Street too... I didn't realize that the two spaces were connected. The listing mentions 112 First Avenue (AKA 92 East 7th Street). 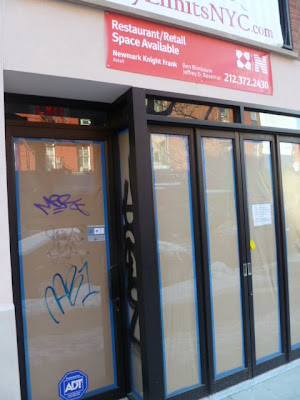 Previously on EV Grieve:
Former Miracle Grill garden not-so-suddenly looks like a condo
Posted by Grieve at 6:33 AM