Starting tomorrow, the Bean won't be open at their flagship First Avenue and Third Street location. Instead, the Bean will have "a fully stocked food truck" parked in front of the location at 49 1/2 First Avenue.

The Bean is closing — presumably tonight right now — here to make way for a Starbucks.

Dave on 7th passes along this photo of the Bean right now from around 2:45 ... they are packing it in... workers have removed the Bean awning... 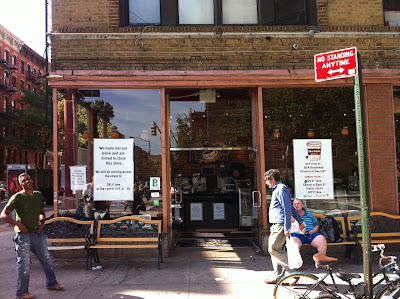 jdx sends along photos of workers dismantling the cafe... 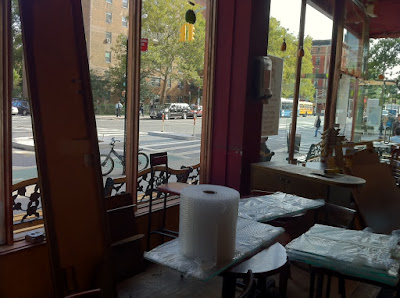 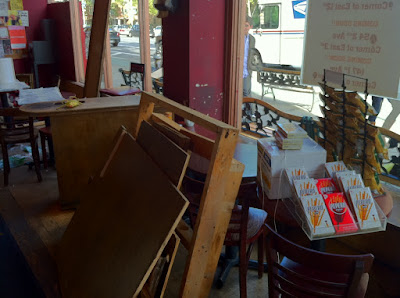 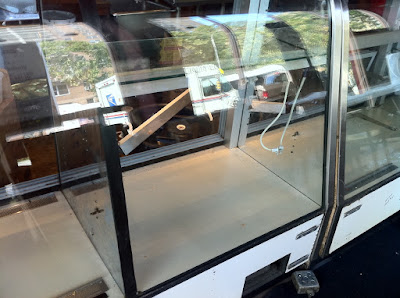 DNAinfo was on the scene today and spoke with some regulars who are upset the place is closing...
Posted by Grieve at 2:23 PM

The Bean was about as busy as a coffee shop could be. Another example of commercial landlords and their unrelenting hunger for more cash being the real problem in the neighborhood.

@ Janos Marton - Do you know the real deal between the Bean and their landlord? There was probably a pretty good reason they were on a month to month lease and it's probably related to the $26k they were behind in taxes not so long ago.

I don't get the outrage... they're opening up 3 freaking locations within blocks of the old locale. This seems less like a closing and more like an expansion. If they can afford three places, they certainly could have afforded one. Can someone explain why people are mad?

Kurt, who was behind on taxes - the landlord or The Bean?

@francesca - "A spokeswoman for the state Department of Taxation and Finance said the establishment owes nearly $25,000 in sales tax dating back to late 2009."