As we first pointed out, the Bean will open up in the retail space at 147 First Avenue at Ninth Street, the former home of Anjelica's Herbs ...

As Curbed reported last year, developer Terrence Lowenberg of Icon Realty is the owner of 147 First Avenue ... and he hired Ramy Issac — "the controversial penthouse king of the East Village" — to design the luxury apartments coming to the upper floors here...

Per the DOB, there aren't any additional floors or penthouses slated for the property. While Issac & Stern haven't released any renderings, we have an idea of what it might look like... As you may have noticed in recent days, workers spent the weekend painting the building white... 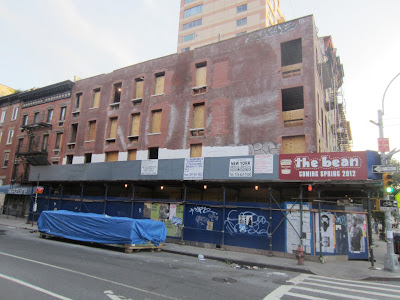 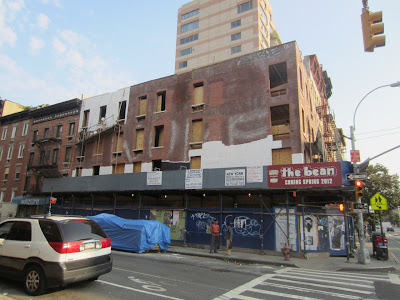 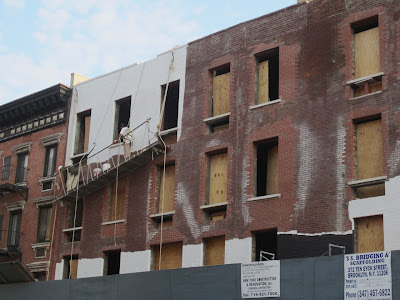 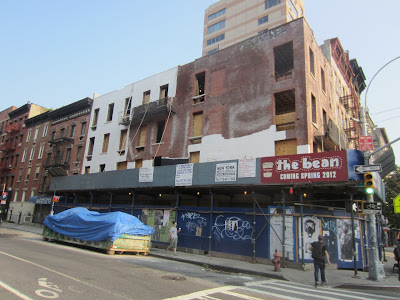 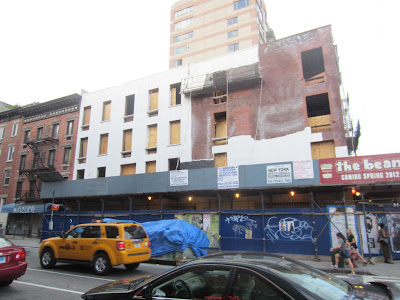 One reader thinks the building will ultimately "look like something that blew in from the Hamptons." 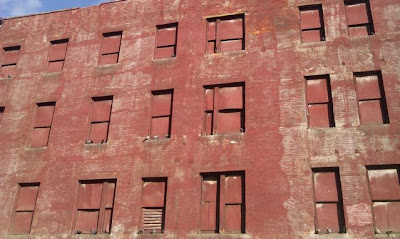 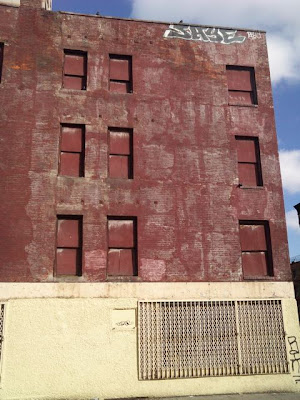 Blockbuster: 147 First Ave. set for demolition
Posted by Grieve at 6:56 AM

I am not thrilled to see luxury condos coming to this corner, but I am glad something is being done with this rat house. Remember that dirty place on the first floor? Went in once and walked right back out. It was disgusting.

I thought it was going to be demolished and replaced with a tower, so this is a relief in an odd way. I preferred the old facade, they should have kept the color and just renovated the inside.

It appears that it'll remain a 5 story brick bldg. Appears.

it will always be a pigeon crackhouse to me...