Restaurant named after horses gets its sign on The Bowery

Double Crown, that big place on the corner of Bleecker and the Bowery, served its last meal on Aug. 20. The owners decided to revamp the place, as Diner's Journal first reported.

And for signage fans, workers put up the new sign yesterday... 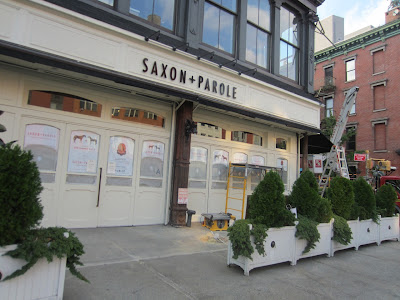 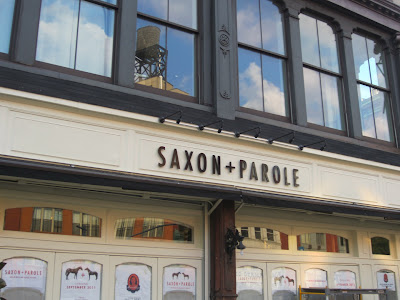 Contrary to popular belief, the restaurant is not named after a law firm and bail bondsmen ... but rather a pair of New York racehorses that attracted national attention about 140 years ago, Diner's Journal noted. Saxon won the 1874 Belmont Stakes. Parole won the 1877 and 1878 Saratoga Cup. 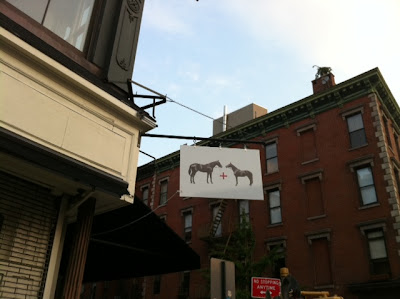 Email ThisBlogThis!Share to TwitterShare to FacebookShare to Pinterest
Labels: restaurants named after horses, the Bowery

its crazy how these neighborhoods are all fancy now.

The sign makes it look like a stud service. We have lots of those back home. Or maybe they'll have some sort of horse steak on the menu. Au poivre, of course.

Unfortunately, this place has no better long-term chance of survival than the previous establishments (Manahatta, Dbl Crown, etc.). The space is just to big to stay filled. In the end, the only who'll make money is the person collecting the rent.

jesus the bowery looks like main street in the hamptons

I now live in the fanciest part of town through no fault of my own.