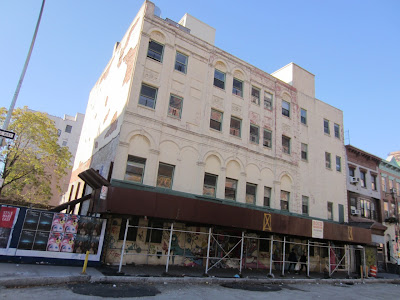 The other day, Goggla sent me these photos of the levels monitoring the cracks of the long-vacant building at 255 E. Houston St. between Norfolk and Suffolk. 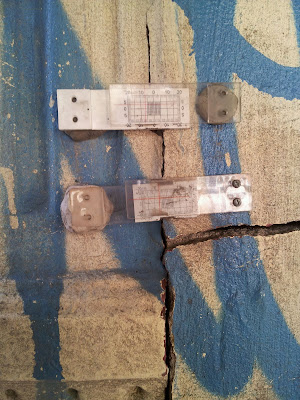 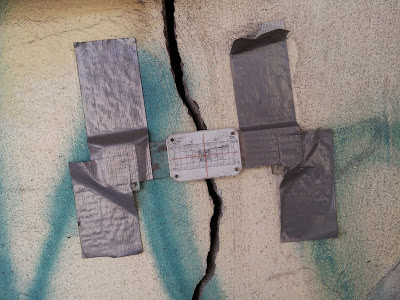 It has been a long time since we heard anything about the site's future. Last December, Crain's reported that the destabilized building, which once housed the Action for Progress school (they left in 2009), was on the market. Bids for the for the L-shaped parcel were due on Dec. 20. Real-estate types figured the building would house rentals rather than condos.

Earlier in December 2011, BoweryBoogie reported that the owner wanted a commercial zoning overlay for the property.

By gaining this amended zoning overlay, those involved could reap more cash from ground-floor commercial tenants like bars/restaurants rather than a community facility (if demolished under current zoning, would need to build a residential-compliant building).

However, there's still an active listing for the property, now being marketed this way: Community Facility/School/Medical Building for Net Lease. 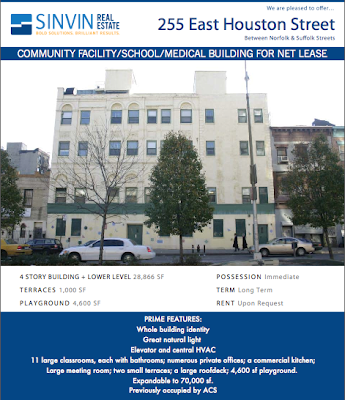 A few of the details on the four-story building, roughly 29,000 square feet plus the playground adjacent to the property on Suffolk Street.

That expansion would likely take the building up to 12 floors. The property is in some disrepair (call it a fixer-upper), and the sidewalk bridge has long been providing shelter for some less-fortunate individuals. Here's a quick look around the building. 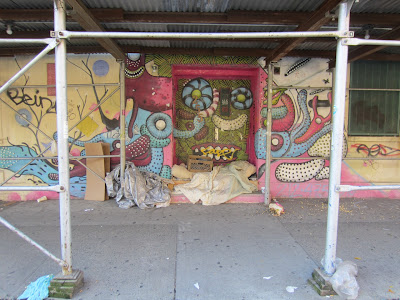 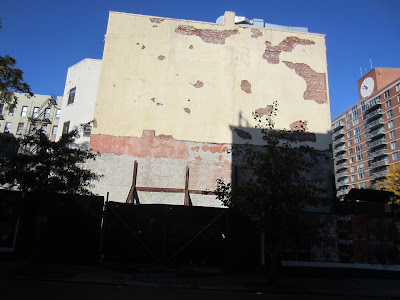 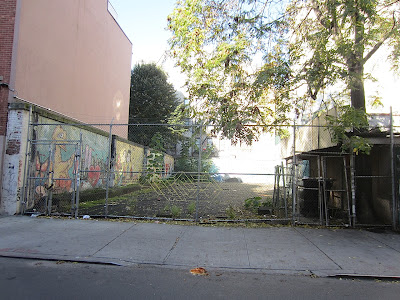 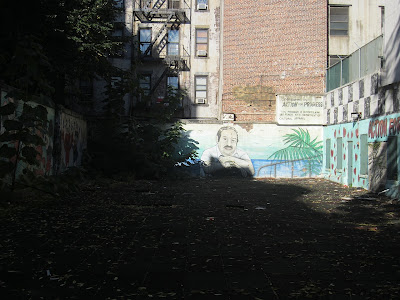 It's not clear if the deal includes 179 Suffolk St. next door, where there are plans on file for a five-floor (or taller!) residential development. Construction mishaps here prompted the evacuation of 255 E. Houston. Today, the stalled site is currently home to empty cans of cat food. 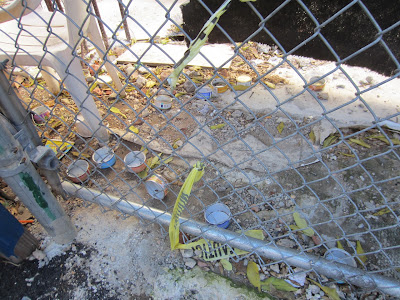 That's a pretty cool mural under the scaffolding. Thanks for letting us know what's going on with it.