Tompkins Square Park playground closed for repair for some reason

The playground on Avenue A and East Ninth Street in Tompkins Square Park has been closed all week for repairs... 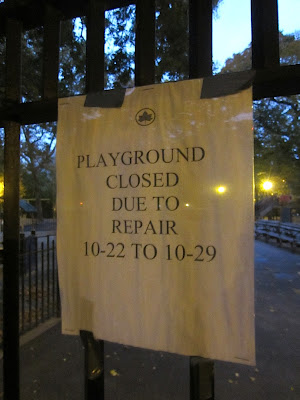 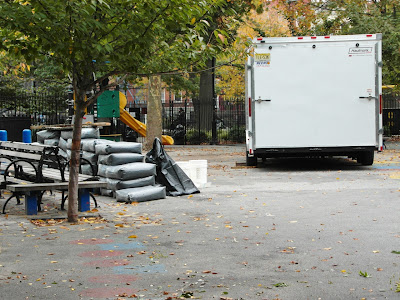 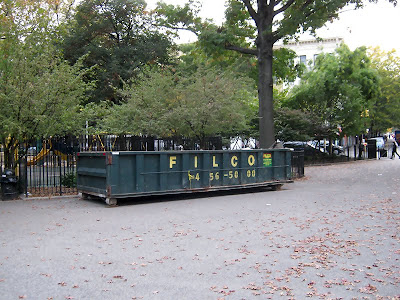 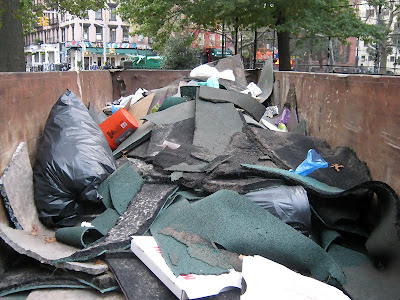 The sandbox has been closed for months here. (As previously noted, the Parks Department had closed the sandbox because of a recurring problem — the sharp lip is exposed when the sand level gets too low ... kids are apparently removing the sand for various reasons...)

We asked Chad Marlow, who helped launch the Tompkins Square Park & Playgrounds Parents' Association (TSP3A) in 2011, if he knew what was happening with the repairs.

"My hope is that, in addition to adding sand to the sandbox, they are trying to correct the structural flaw that regularly allows sand to clog the sprinklers," Marlow said. "When I passed by the other day it appeared the work was focused on major repairs/rennovations under the surface area between the sandbox and sprinklers."

the sprinklers didn't work for most of the summer and the surface area was starting to fall apart causing kids to trip over it, and hopefully after months the can put some sand in the sandbox, not that i would ever let my kid go in there. last time i was there someone had put a garbage can in it. seems about right

by "sprinklers" do you mean the ground pool?