A (familiar) new owner for the 11th Street Bar 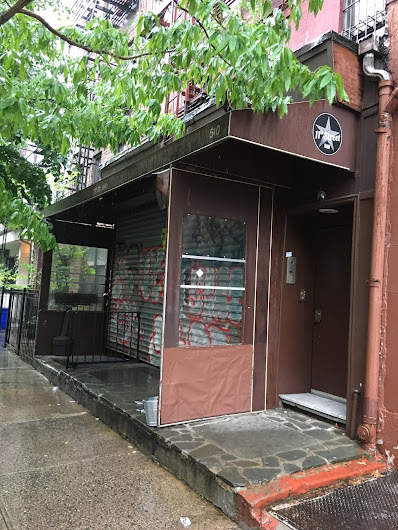 There's understandably cause for concern when your favorite bar-restaurant shows up on a CB3-SLA meeting agenda with a new ownership team. (The Grassroots Tavern is one recent example.)

However, in the case of the 11th Street Bar, new ownership is expected to pretty much mean business as usual.

Dan Sweeney, a bartender at the pub between Avenue A and Avenue B these past seven-plus years, is one of the principals buying the 11th Street Bar. (One of the original 11th Street Bar owners is deceased and the other moved to Texas.)

Last week, CB3's SLA committee approved the new liquor-license application from Sweeney and his partners, Diarmuid and Meghan Joye, who own two Lower East Side Bars (Donnybrook and Lucky Jack's) as well as Blue Haven on West Houston Street. (Meghan Joye is also a member of CB3, where she is economic development chair.)

Sweeney told EVG correspondent Steven that they weren't planning on many changes, aside from a new awning as well as an expanded food/snacks menu.

In addition, the 11th Street Bar will continue on with its music nights, such as the Irish sessions on Sundays and jazz on Mondays.

Sweeney, a Long Island native, was employed as a financial analyst after college. He was in 7 World Trade Center on 9/11. That experience prompted him to take a different career path. Before starting at the 11th Street Bar, he worked for 10 years at the Saint Mark's Ale House. 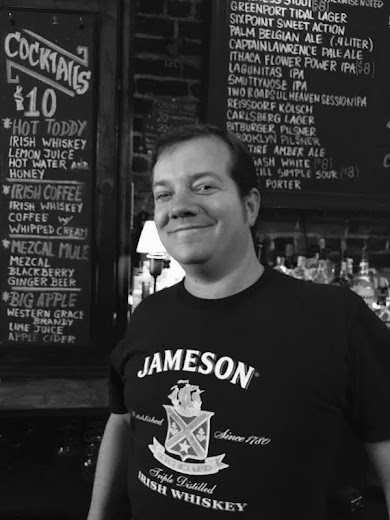 Yay! Dan is a longtime friend through our patronage of 11th Street. He's a super swell guy and I am so happy for him. Congrats!
Cheers,
Lee & Adrian

Congrats. Dan's awesome. 11th St Bar is a gem. I didn't realize they also owned Donnybrook. I'll have to stop in there now.

While the TX owner will be missed, I'm very happy that it's Dan who's getting the place! Congratulations and best wishes, Dan!

Three cheers all around. Great place.

I couldn't be happier!! I love that place and glad its in good (familiar) hands!

I second Bayou! Best bar in the EV and it will only get better. Looking forward to watching some Islanders Stanley Cup hockey with Dan in the near future.

Congrats Dan! Very happy for you and see you soon. -Katie and Tony

Will Drew still be tending bar on Sunday and Monday?

However, the 11th St.Bar at the premises of 510 E. 11th St was twice found Illegally Zoned/Illegal Commercial Usage in a Residential Premise. Only corruption kept them alive. Forged Public documents and Fraud allowed them to open.

The thing about this Bar is that its popularity for showcasing nightly, weekday live music, and being a Liverpool hot spot is directly at my personal expense, as their 'back room' where they stage the 8-pc bands with amps and drums, etc, shares a common unprotected wall with my rare backyard-garden building, ground floor apartment. After 20 years of corruption, the Bar has finally received a Noise and VIBRATION Violation from the DEP, with readings obviously taken from my home. The DEP Violation Number is: #00284404L. The 11th St. Bar remains in Violation of Noise and Vibration.