The sad state of the former Grassroots Tavern 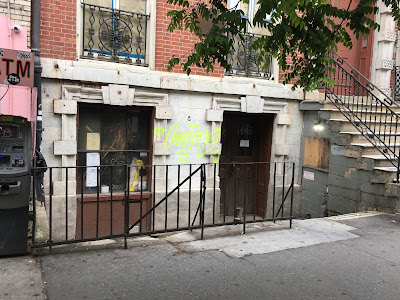 I talked with a fewer former regulars of the Grassroots Tavern at 20 St. Mark's Place who are disappointed in the state of affairs outside the landmarked building between Second Avenue and Third Avenue.

The front of the bar, which closed on New Year's Eve after 42 years here, was recently tagged ... the handrail is broken ... 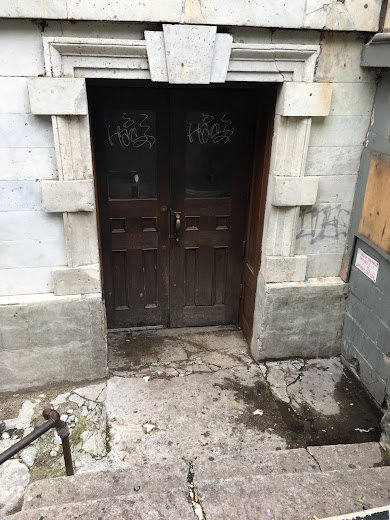 ... and it looks as if someone took a jackhammer to the area outside the door... 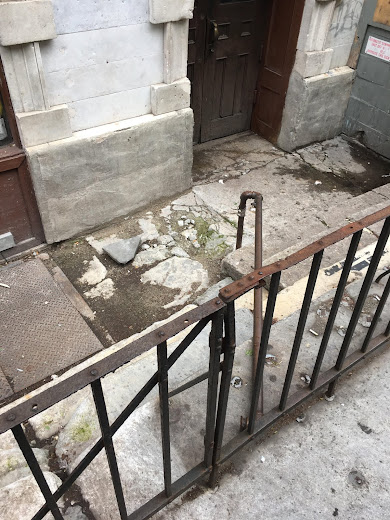 ... and the plant in the front window that was dead when the bar was open is now really dead... 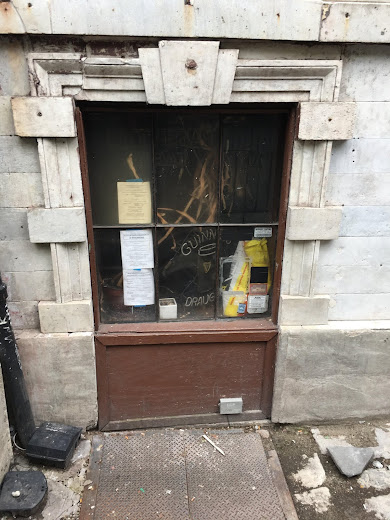 In January 2016, Klosed Properties bought 20 St. Mark's Place from Jim Stratton, who was also the majority owner of the Grassroots.

Bob Precious, who operates the mini chain of Irish-style pubs called The Ginger Man (including the one on 36th Street), is the new owner of the former Grassroots space.

An EVG reader who lives near No. 20 reports that she hasn't seen anyone enter the bar space in several months.

To date, there haven't been any new work permits filed for the address.

However, someone yesterday did begin the process of removing the tag from the entryway... 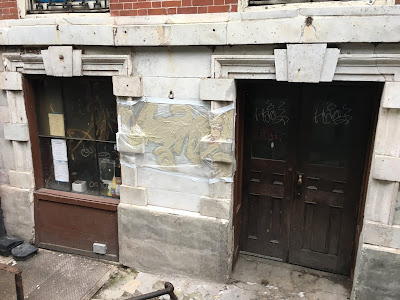 After someone removed the tag... another one went up in its place last night... 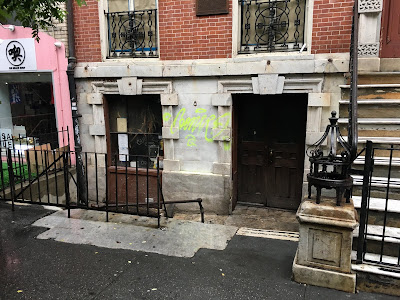 Your chance to live in this historic home above the Grassroots Tavern on St. Mark's Place
Posted by Grieve at 4:30 AM

Stay on this please. Your press is helping to keep this red haired lady lovely of a building on the radar. Grassroots ownership abused and trashed/neglected so many people and the property for so many years!!! Take it for real I am a resident still and will for time to come. Eyes wide open to my love affair in my home.

If they’re operating on the Joe & Pat timescale, we can expect a grand opening sometime in 2020.