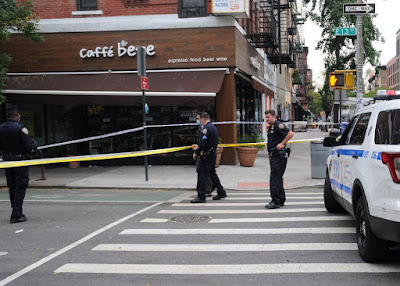 Police are searching for three suspects wanted in connection with the murder late Saturday night of 26-year-old Tyrell Williams on Avenue A near 13th Street.
The video below shows the suspects in a nearby deli... and each of them receives hand sanitizer from the store clerk... the video then cuts to the shooting... police reportedly said that Williams was shot four times...

The NYPD also released this montage of the three suspects... 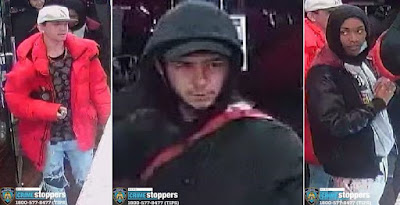 According to the Daily News, the shooting may have been gang-related. Williams was allegedly a member of the YG Bloods, and was wanted for questioning in a shooting two years ago.
Top photo by Michael Paul
Posted by Grieve at 6:30 AM