The Bronx Brewery makes it official on 2nd Avenue 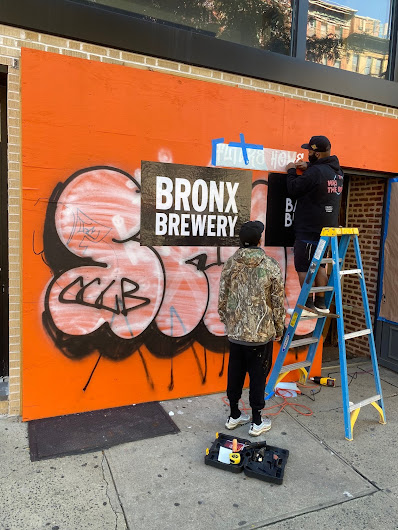 Signage went up yesterday at 64 Second Ave. between Third Street and Fourth Street — the future home of a Bronx Brewery outpost.
We first reported on this back on March 12 a few days before the COVID-19 PAUSE. At the time, the Brewery was looking at a possible fall opening. Now we're told the opening status is TBD.
As this photo by Steven shows, the space has a ways to go... it will eventually house a pilot brewery and taphouse... 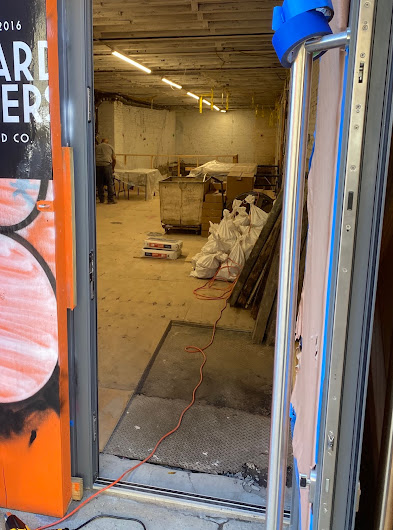 Reps for Bronx Brewery will (virtually) appear before CB3's SLA committee on Oct. 19 for a new liquor license for the address. (Questionnaire here.)
No. 64's retail space has been vacant since NYC Velo moved next door to No. 66 in the spring of 2016.
Previously on EV Grieve:
• Bronx Brewery opening an East Village outpost on 2nd Avenue this fall
Posted by Grieve at 5:02 AM

So no liquor license yet, no brewery or tap room inside yet, but that little sign was urgent to place...

appreciate their optimism... from a non beer drinker

I DEcline to FUND this place.

Brooklyn is so over, the Bronx is the new cool.

That brewery is not that new actually, and they produce very nice beers.

I enjoy their beers and will definitely stop by here from time to time. Craft brewery locations (in my experience anyway) usually aren't the drunk sh*tshows that many bars can be. Glad this spot won't be vacant anymore.