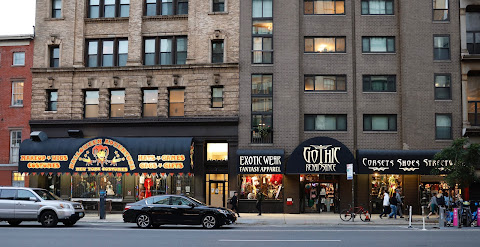 Photos by Steven
Yesterday's post about the pop-up Halloween shop on Avenue A prompted queries about two longtime businesses... Yes, Halloween Adventure is now open for the Halloween season on Fourth Avenue between 11th Street and 12th Street. Gothic Renaissance has remained open next door beyond just this fall.
There was some speculation that last fall would be the last here for both shops.
As you may recall, back in January 2021, Halloween Adventure's owners announced it was closing due to a pandemic-related drop in business during 2020. After an effort to sell many gift cards, the shop was able to return for another Adventure last fall.
However, as The Real Deal reported in September 2021, the retail condo at 808 Broadway and 104-110 Fourth Ave. was for sale with a $15.95 million ask. The block-through property combines two adjacent buildings: 808 Broadway (completed in 1888) and 104-110 Fourth Ave. (circa 1981).
Per TRD:

After staving off closure for one more year, this season will be Halloween Adventure's last at its longtime East Village location.

However, they returned from the dead once again. It's not known what their plans are beyond this season. We didn't spot a listing online for the retail condo here.
Meanwhile, it's now business as Halloween usual... 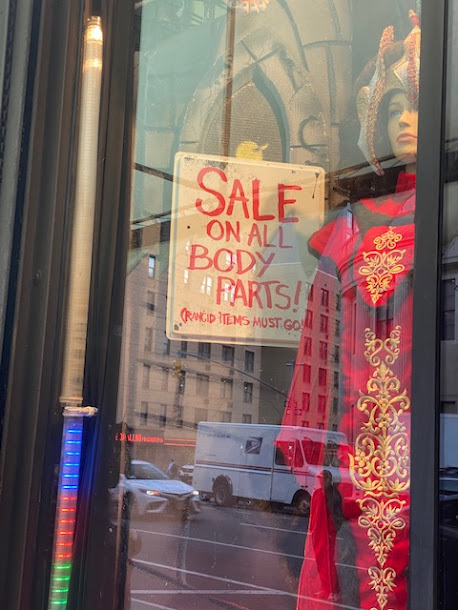 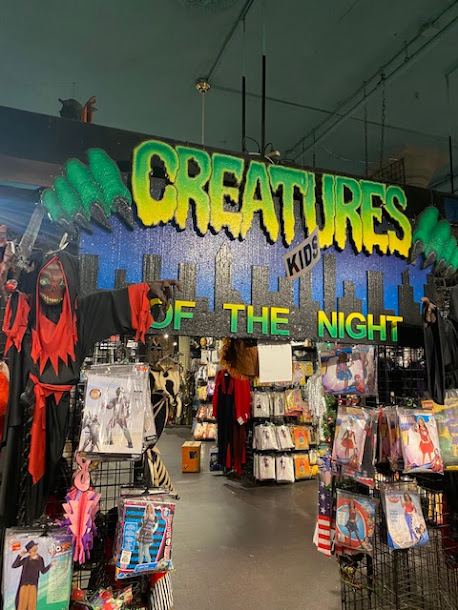 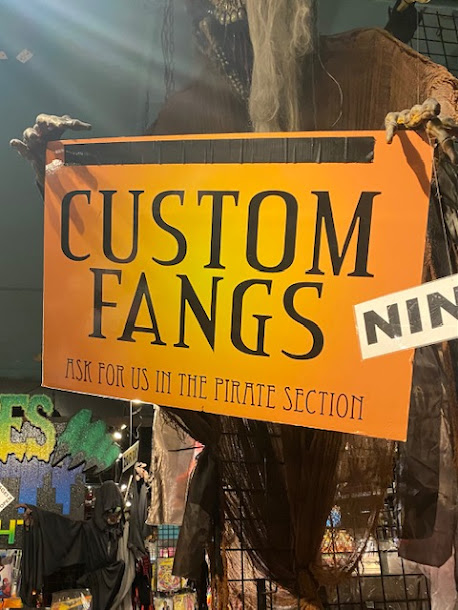 The company that operates these two stores has been around since 1981, starting in Pennsylvania and New Jersey. Halloween Adventure first arrived in the East Village with a pop-up in 1991 and continued to do this in various locations until 1996, when they found this current space.
Posted by Grieve at 5:00 AM

Was there the other day and an employee said they are under new ownership and it took a while to get the keys from the old owners but they will continue adding items and getting set up these next few weeks.

Definitely a fun store to shop at. Love their sign “rancid items must go”. Not a sign you want to see at your favorite supermarket.

No price list for the body parts. I could use a new brain but I don’t want to pay an arm & a leg