Another new broker for the long-vacant 20 St. Mark's Place 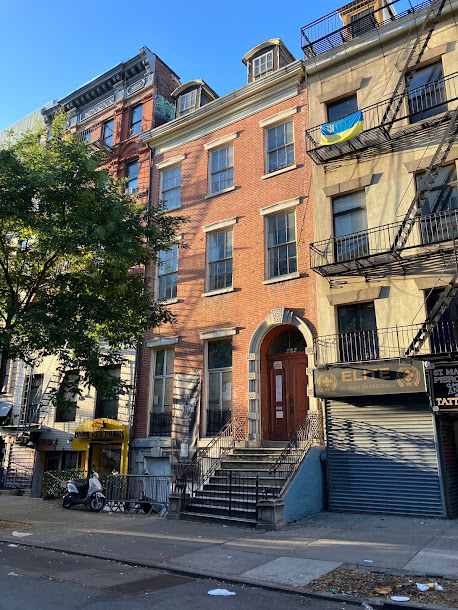 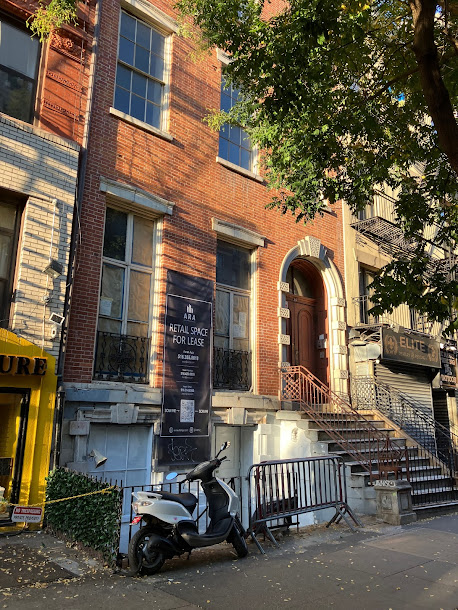 This is at least the fourth broker to try to lease the long-empty retail spaces.
The dearly beloved Grassroots Tavern was the last business here, closing after service on New Year’s Eve 2017... ending a 42-year run in the lower level. The upstairs tenant, the record store Sounds, shut down in October 2015.
According to the new ARA listing, two storefronts are available — separately or as a combo.
Here's a look at the former Grassroots via the listing images ... (wonder if the place still smells like burnt popcorn?) ...

As you can see, those incredible old murals that workers uncovered during renovations have been removed/covered.
No mention of the asking rent for the storefronts.
As noted, No. 20, known as the Daniel LeRoy House, was built in 1832. It received landmark status in 1971 and was added to the National Register of Historic Places in 1982.

Past lives of this subterranean space — info via Daytonian in Manhattan — include a theater-saloon called Paul Falk's Tivoli Garden in the 1870s... in the 1930s, the Hungarian Cafe and Restaurant resided here before becoming a temperance saloon called the Growler.

Applicants for Ichibantei had been on the CB3-SLA agenda multiple times, dating to November 2018, for a liquor license for a new restaurant for the address. They've moved on to other places.
Previously on EV Grieve:
• New owner lined up for the Grassroots Tavern on St. Mark's Place

• Behold these murals uncovered behind the bar at the former Grassroots Tavern on St. Mark's Place
Posted by Grieve at 4:50 AM

Probably 20-30% of my vinyl collection still has Sounds stickers on them. Is it only seven years since they closed? It seems like 20+.