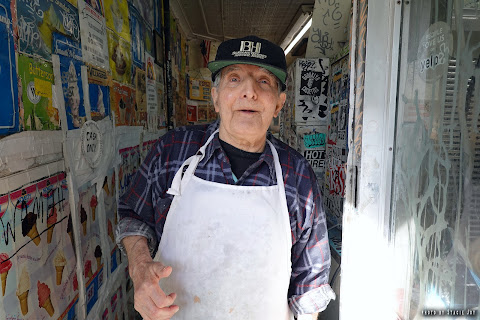 Photos by Stacie Joy
In January, Ray Alvarez, who's still working the late-night shift at Ray's Candy Store, turns 90.
Ahead of that, the shop, which opened in 1974 here at 113 Avenue A just north of Seventh Street, is now hosting a GoFundMe "to help ensure he can keep his bills paid and his doors open for as long as he wants!"
Per the campaign:

With your support, we want to help Ray stay in business for as long as he wants until he decides to hang up his apron on his terms. Any additional funds raised will go directly to Ray to help keep his doors open and his bills paid! Running a small business in New York City, and all across America, for that matter, has become a herculean task.
The pandemic and its economic pain brought many restaurants and other small businesses to their knees. Ray's food costs have soared. His energy bills have doubled. And Ray refuses to double his prices to make up for it because he would never do that to his loyal customers. That's just who he is. Many businesses were unable to survive. We refuse to let that happen to Ray's!
Ray's Candy Store is the heart of the East Village. If Ray goes, a part of the neighborhood, and a part of New York City, goes with it. Together, with your help, we can ensure that Ray's awning stays lit up, the soft serve machines stay humming, and the deep-fried Oreos keep coming! (And, of course, that you can count on hearing Ray shout I LOVE YOUUUUU!!! from his window as you pass by!)

You can find the link here. 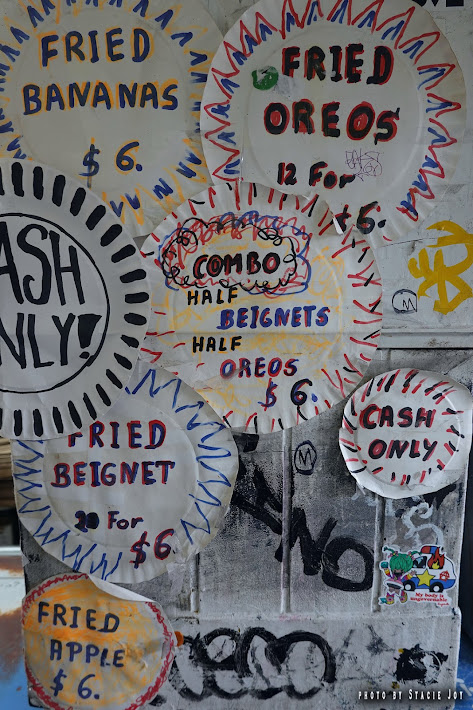 Ray's store was always a no conflict zone for both rioters and cops during the TSP clashes. I was always amazed how both sides would maintain a civil atmosphere in his place while giant street bonfires and all hell would be breaking out just in front of the store.Both cops and rioters respected him and often were his customers all the time. Not just during riots. The world would be a better place if more people were like Ray.

The last breath of the old Alphabet City. Let’s all give Ray a hand, and stop by for an egg cream, too

love this guy! the light of the EV! thanks for posting!

One of the last ole school-mom n pop soda fountains.
In our great neighborhood♥️♥️♥️🥊🛸🛸🛸🛸🛸

The GoFundMe has topped $33,000??? That's so great, and Ray so deserves it! Wish I could have contributed more!