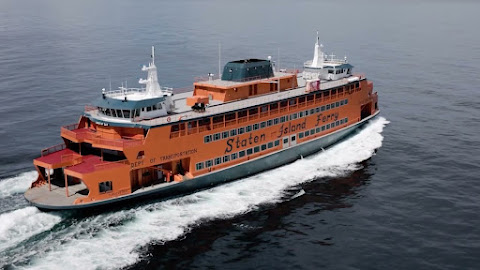 On Friday, the city officially commissioned the newest member of the Staten Island Ferry fleet — the Dorothy Day.
The $85 million state-of-the-art ferry is named for Day, the activist and journalist with ties to the Lower East Side, where she worked with the poor and founded The Catholic Worker. (The St. Joseph's House is on First Street and Maryhouse on Third Street.)
City officials said that Day regularly rode the Staten Island Ferry to reach her cottage on Staten Island's South Shore and is buried in Pleasant Plains. According to officials, the ferry will serve passengers for the first time later this year.

Dorothy Day (1897-1980) was a convert to Catholicism who led the Catholic Worker movement. Day has been submitted to the Vatican as a candidate for canonization by the U.S. Conference of Catholic Bishops.

📷: Day's granddaughter joined us for the Commissioning Ceremony pic.twitter.com/b5m9AFHJ2m

Meanwhile, here's a video of the launch and sea trial from September ...
The Church of the Nativity at 44 Second Ave. between Second Street and Third Street was Day's home parish. Several years ago, parishioners asked the Archdiocese of New York to build a shrine for Day within Nativity.
The Archdiocese later sold the property to developers, who demolished the church and neighboring structures to make way for an 11-floor mixed-use building that will rise on the east side of the avenue ... 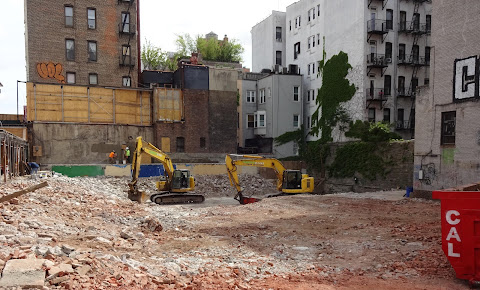 The Catholic Church's legacy to our neighborhood: Sell off churches built with long-ago parishioners' money (and sweat & toil) to developers.

I was raised Catholic, and I deplore what Cardinal Dolan has done, and continues to do, vis-à-vis the churches AND the people those churches have traditionally served. If Dolan ever wonders why his churches are growing ever emptier, he can look in any mirror for the answer. Meanwhile, he lives on Madison Avenue, with servants.

That video at the end is fantastic!

Dorothy Day was born in a building on Pineapple Street in Brooklyn Heights. I wish there was a plaque on the building, but there is nothing to commemorate her early life there.