Let there be sidewalk here on Avenue C!

We've received several messages from readers noting that workers have been removing the longstanding sidewalk bridge on the west side of Avenue C between Sixth Street and Seventh Street ... 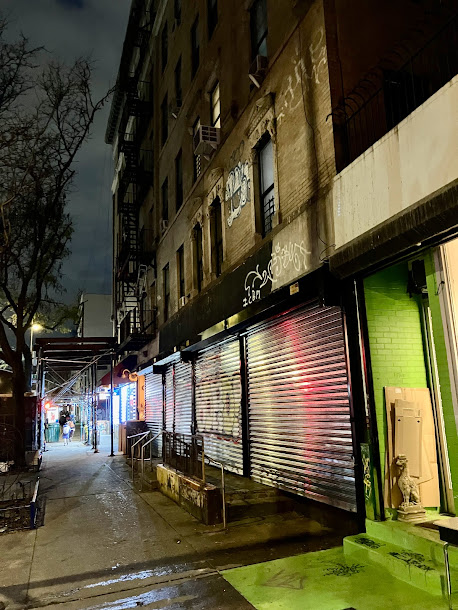 The sidewalk bridge and construction equipment has been up along these NYCHA-owned buildings since at least 2015. The sidewalk was freed in October 2017, but it was short-lived as a heavier-duty bridge arrived a short time later. Hopefully, that doesn't happen again.
Posted by Grieve at 7:20 PM

So nice seeing all of this longstanding scaffolding coming down

Praise the lord !!! Was turning into scaffolding tunnels ! Now we need the Earth school to finish on 6th between Ave B/ C … haven for drug use

Awesome, this was a really annoying scaffolding. The one around the school on Ave B really sucks, it's a long dark tunnel with no escape. I hope it goes away soon.

School project mentioned in comments is supposed to be complete Q1 2024. guess they can’t work while students are there so takes forever