While we're waiting for the full reveal at 14 2nd Ave. 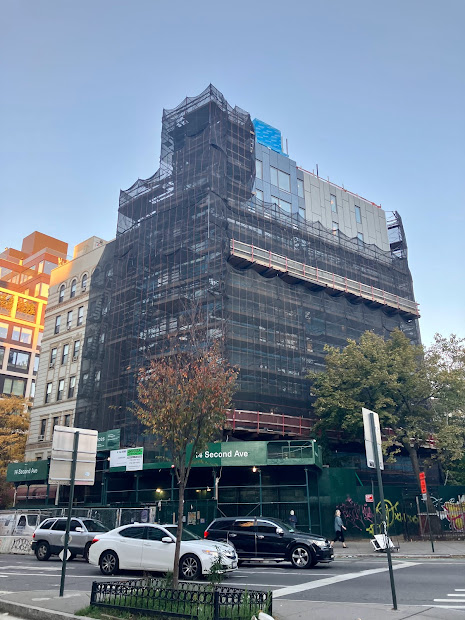 Workers have dropped some of the construction netting from atop the new 10-story condoplex nearing completion on Second Avenue at Houston (adjacent to First Street Green Art Park).
There's now a teaser site for the building (which had been going by Treetops). Depending on your budget, there are two- and three-bedroom full-floor residences here at 14 Second Ave.
And the pitch:

14 Second Avenue is in the energetic heart of lower Manhattan and is moments to NYC’s best restaurants, shops and entertainment. Full-floor residences feature abundant light, rising above the surrounding green space and parks with unobstructed views of the city.

The site also has the first rendering that we've seen out in the wild... 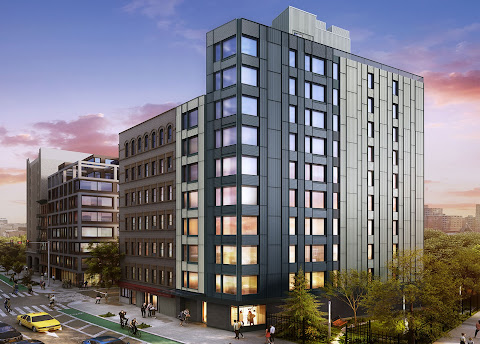 As we've been reporting, preliminary work on the luxury building started in January 2019... with availability starting in spring 2023, per the 14 Second Ave. site.
This site had been vacant for years, last housing Irreplaceable Artifacts until its demolition by the city in July 2000. There's a lot of backstory, which the links below cover...
Previously on EV Grieve:
• Workers remove artifacts from the vacant 14 2nd Ave., fueling speculation of new development 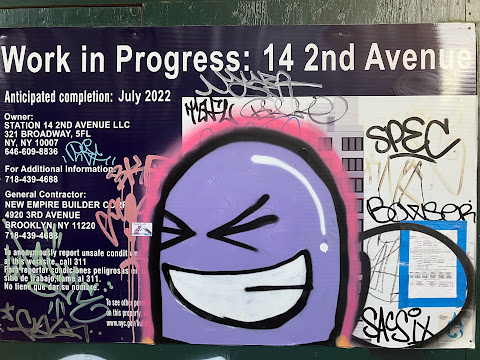 No surprises, it looks hideous! One more architectural blemish on NYC’s landscape. And what’s up with the prison windows section? Is that the rent stabilized wing? I certainly wouldn’t anticipate “abundant light” in the eastern half of the building.

I don' t need any more of the netting remove to see that what we have here is yet another butt-ugly building with no architectural imagination whatsoever. Cover it back up, please.

I have a friend who lives in the building next door and all her windows are now completely blocked by this abomination. Gross.

I wonder how many rats it would take to chew up the foundation of this eyesore. Ben, Socrates, tear it up!

Honestly, who keeps approving these horrible new buildings? Hmmm let's just continue to destroy any sense of historical purpose for the LES

@9:56: If, in reality, ALL her windows are blocked, she needs to move, b/c her apartment is not legally habitable.

If an apartment has lot-line windows, there's ALWAYS the chance that adjacent development will render those windows unusable or bricked-over.

If it were all glass there would be a whole different set of complaints.

Compared to earlier plans, they switched from gas stoves (seriously, in 2022???) to electric, which is the correct and obvious choice. Kudos on the triple pane glass too, it's crazy how leaky and energy-wasting most NYC housing is.