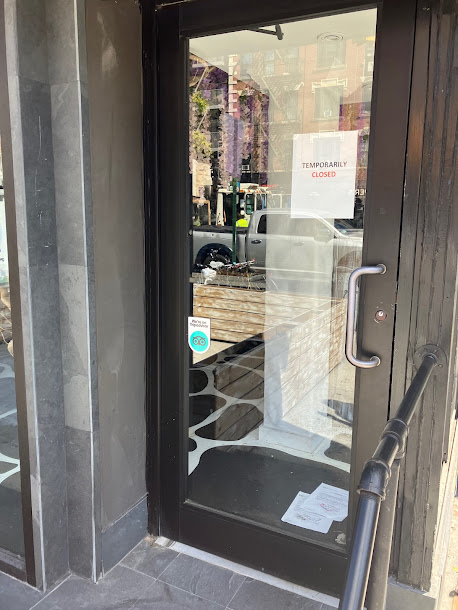 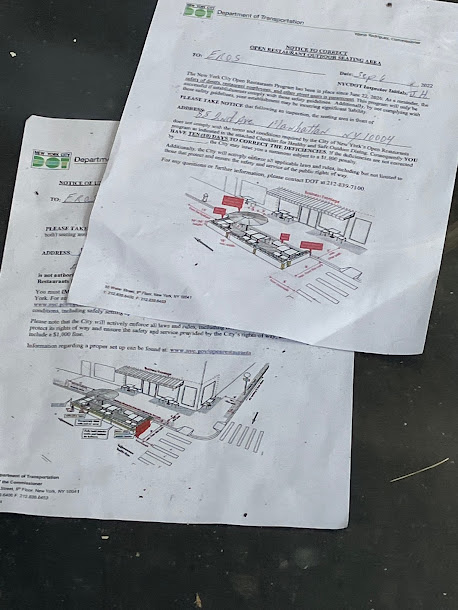 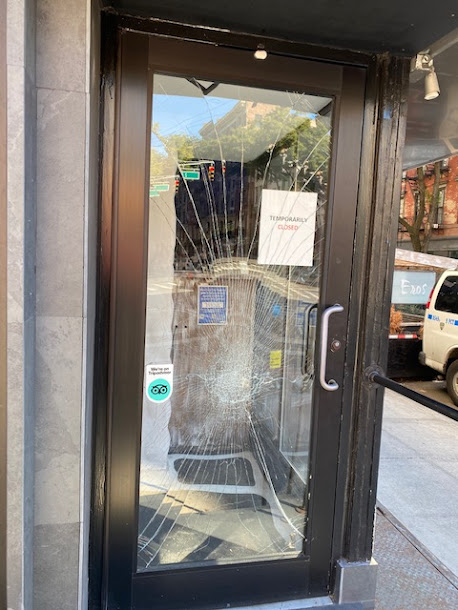 Eros took over for the diner the Kitchen Sink in September 2021 (same owners) ... management previously changed names from Moonstruck to the Kitchen Sink in the fall of 2015.
Several Kitchen Sink fans have emailed us about the current state of the space, with the feeling that it won't return. There was a general consensus that people preferred the Kitchen Sink's reliable diner staples instead of more upscale Greek dishes.
H/T Steven!
Posted by Grieve at 5:01 AM

Bring back the Kitchen Sink or Moonstruck! I miss having a proper diner so close to home!

It's worth noting The Kitchen Sink continued to operate with its original menu as a take-out only operation after Eros was born. I regularly ordered breakfast from them and picked it up in the back.

The whole switch here has been odd. The Kitchen Sink was quite popular and one of the few diners to get simple staples. The sudden switch to a Greek restaurant during the pandemic felt ill-conceived.

I agree — bring back Kitchen Sink! Such a reliable diner.

Never liked Eros uptown at all. I doubt this was any better.

Thank you for the update. I liked the Kitchen Sink diner and went there often and did not understand why they changed it to the Eros Greek restaurant when as the Kitchen Sink, they already had several Greek dishes on their menu. Plus, the Eros prices were more expensive. I wish they would just come back as the diner as they always seemed to have a good crowd of loyal customers when I ate there.

The first time I ate at Eros it was terrific. Not so the second or third time. Never went back.
Bring back Kitchen Sink!

I contacted whoever runs the Instagram account and asked them to revert to a diner. I encourage others to do the same so the owners know that's what the community would like for the space.

Bring back Moonstruck or The Kitchen Sink. We need a solid reliable affordable diner. I ate regularly here for decades ever since it was the Cooper Square diner which moved here from across the street.