Charlie Finch has the feature at Artnet:

Tony Rosenthal, the sculptor of the revolving black cube on Astor Place, died over the weekend at age 94. For myself and thousands of other East Villagers, this was the work of art that touched (and was touched by) us most. The memories of Village life revolve with it.

I first felt Alamo (the name of the cube) soon after it was installed in 1967. Coming home from concerts at the Fillmore East, guys would spin it to impress their girls then hop the subway for points north and south. 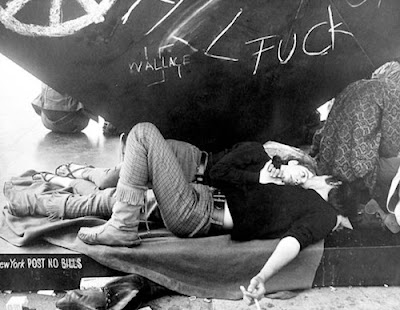 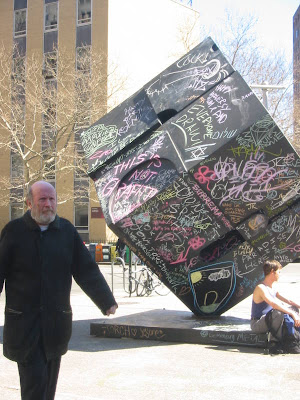 Let's just hope that Bloomberg, the Parks Dept., or the city does not demolish the cube, much like what they did to the Tower of Toys when Boros passed away.

You're in a much better place now than the EV, Tony. RIP.

What great photos! I forgot about the graffiti that covered the cube. Thanks for sharing.

Thanks, LL! I had forgotten about the graffiti myself...though I remembered when it was turned into a rubik's cube...

SO glad you put the rubik's link!!! That's exactly the cube memory I thought of when I read your post.