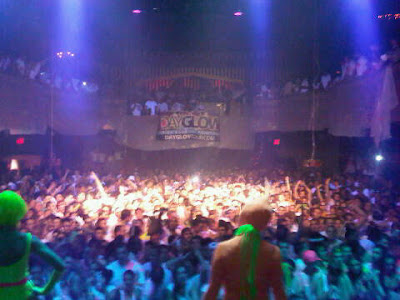 On Sunday, we told you that Webster Hall hosted DayGlow, billed as "the largest paint party in the world.... and the party was eventually shut down by the NYPD and FDNY... According to a Webster Hall source, there were 2,100 pre-sold tickets -- and 4,000 in attendance. Regardless, as Eater noted, "It's nice to know that the building's management, event promoters and authorities could help bring the party to a peaceful end with no one getting hurt." Very true...
Posted by Grieve at 6:59 AM