There are several empty (and soon to be empty) storefronts along Ninth Street between Second Avenue and Avenue A... 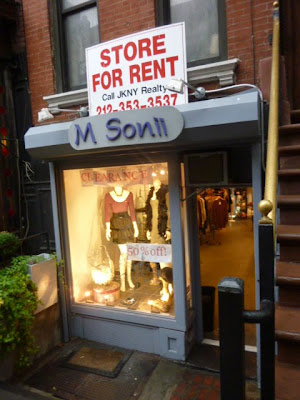 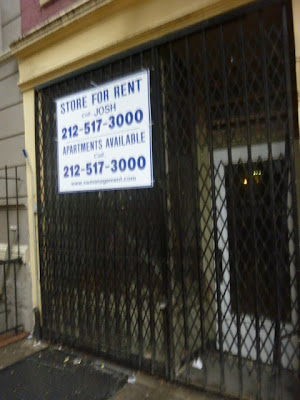 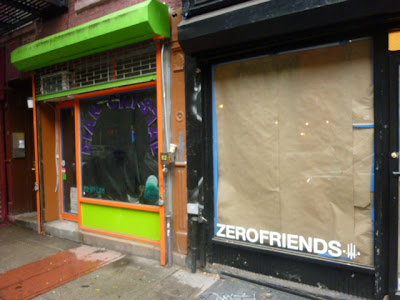 Giant Robot closed on Sept. 23... But a crew turned the space around quickly.... 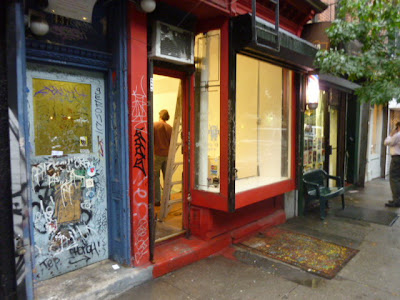 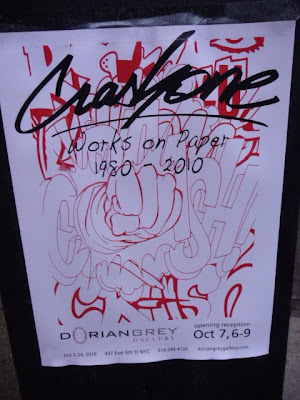 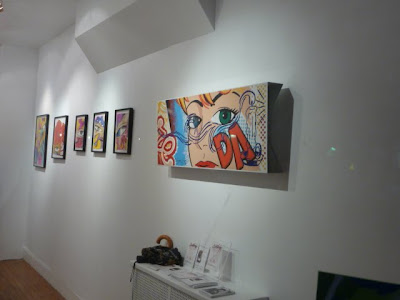 And they're opening with a great event on Friday.... per the release:

WHAT: A solo show of works on paper spanning 1980 to today by CRASH, a legendary fixture on New York’s graffiti/street art scene for three decades. The 30 drawings and watercolors presented served as a virtual diary and workbook for the artist, a way of venturing into artforms not covered in his best-known large-scale murals and tags. The show will also be highlighted with a “live action” art performance during the opening reception, October 7, from 6 – 9 pm, when CRASH and TAT’S CRU will be spray painting on a silhouette image of an old IRT “redbird” subway car, the canvas for some of his most powerful early work.

WHERE: CRASH “Works On Paper 1980 – 2010” will be the debut of the East Village’s new art attraction, the Dorian Grey Gallery (DGG). Dorian Grey Gallery is a dynamic “pop up” retail venue geared at showcasing both established and emerging artists, presenting a diverse selection of exemplary art in an intimate and informative environment. DGG is a joint venture between veteran art dealers Christopher Pusey and Luis Accorsi.

Thanks for the pics...I was looking for more info. Hope It's ok to reuse your image to share some of the love...