Joe's Locksmith is closing June 30, fueling more speculation about the last day for the Mars Bar

Yesterday, via Crain's New York, we learned that workers will demolish the buildings at 9 and 11 Second Avenue in August to make way for a 12-story luxury high rise... The remaining residents of the building will move out on June 30, according to Crain's... 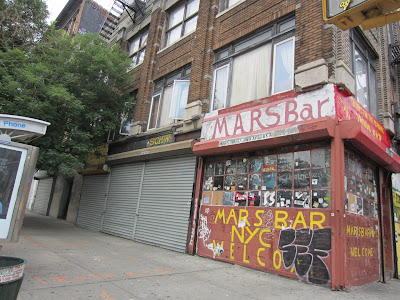 During the weekend, we spotted some items for sale outside Joe's Locksmith, one of the businesses in the way of the new building. 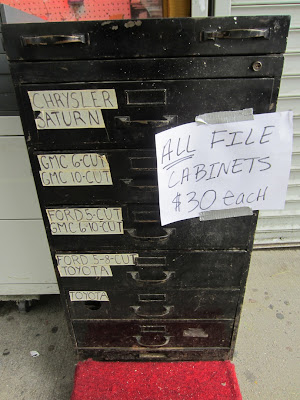 Joe's will be closing on June 30. They're not moving or coming back to this space when the new building is completed in a few years. That's it.

Be sure to visit Jeremiah's Vanishing New York today. Jeremiah has a thoughtful post on the film "The Tao of 9 Second Avenue" by Michael I. Schiller. As he notes, the film is about the eviction and demolition of the buildings all around 9 Second Avenue — "the rubble that Mars Bar will join later this summer."

"In the coming demolition, 9 Second Avenue will also fall — it is the last piece of what was, for over a century, a thriving cultural center of the Lower East Side."

Read his post here.
Posted by Grieve at 7:00 AM

commercial tenants have no rights other than the right of protection from illegal eviction.
residential tenants have some rights.
that's a big problem these days. stores that have been around for generations have no place to go, the rents are so high and the landlords so greedy.

I've said it before, but Joe's is a great locksmith. I hope he's able to continue his business somewhere where his talents are appreciated.

WHY and HOW is the city handing this property over to ULTRA-DIRTY RE developer Donald Capoccia????