Where are the signs for the Upright Citizens Brigade on Avenue A?

In response to our post Wednesday about an opening date for the Upright Citizens Brigade's new home on Avenue A ... a reader noted that all signs are off the space... Well, sure enough...we hadn't even noticed. 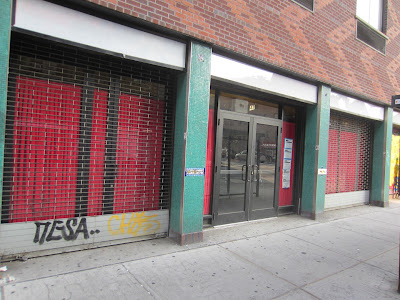 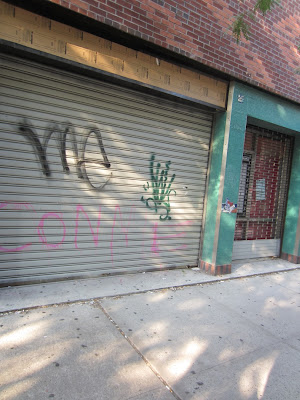 A UCB rep told us the other day that there isn't an opening date yet for the longtime-coming comedy club... Grub Street first broke the news in January 2009 ... the renovations on the space began in July 2009.
Posted by Grieve at 6:32 AM

I wouldnt blame them for seeking out a neighborhood that is more amicable to culture and the arts.

Is the "quality-of-life" nazi living across the street now going to complain about the lack of signage??

Agree w/ the above two posters.

Maybe all of our lame neighbors can scare off everything good in the neighborhood or thinking of coming here so the East Village can be JUST frat boy bars, banks, and chain fast food. Good work guys!

C'mon. It is so unfair to point fingers at all the carping old biddies (male and female) who ranted away on this blog and and left annoying flyers on the UCB's front door decrying the "Hot Chicks Room" sign. Really unfair!

I think they have zoning issues or something like that.

Now that is sad. They would have been a great asset to our frathole neighborhood. Note to fellow EVG readers sickened by the strip malling of our zip...every time I see the brokers (ones carrying clip boards) walking with a 20 something and parents I loudly mention the rash of muggings on 11/B-noting the future clinic/rehab opening is useful as well.