NYC crime rate is going up, but not really

This is part of the front page of the Post today ... Uh-oh! 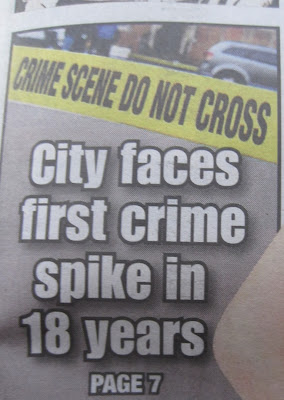 According to the exclusive: 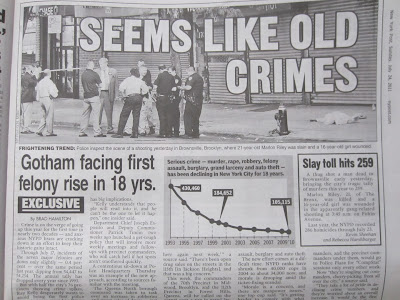 We looked at the CompState figures from the 9th Precinct, which covers East Houston Street to East 14th Street from Broadway to the East River. According to these statistics, crime complaints are down 2.93 percent from 2010.... down 69.08 percent since 1993. Not that we're buying all these crime stats anyway .... 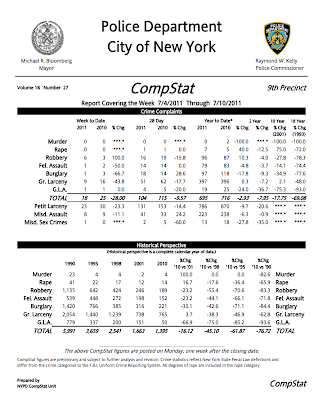 Previously on EV Grieve:
Today in 'the bad old days may be here again' articles

The "bad old days" are here again story of the day

The "bad old days" are here again story of the day
Posted by Grieve at 11:06 AM

could be that folks find calling the police useless, and that 311 is great for statistics (if accurate) and an excuse for no action - otherwise why waste your time.

It's probably due to all that phone hacking and obtaining illicit information by bribing police officers and exercising improper influence on politicians and the police by members of the International News Corporation.