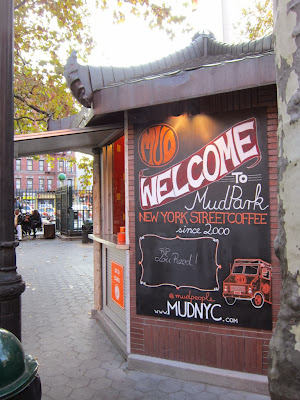 As we first reported on Oct. 10, Mudspot Café was taking over the food and beverage service from S'MAC in the kiosk off of East Houston and East First Street.

As you can see, there's a lot of progress to report here in First Park ... or, perhaps, Mud Park... 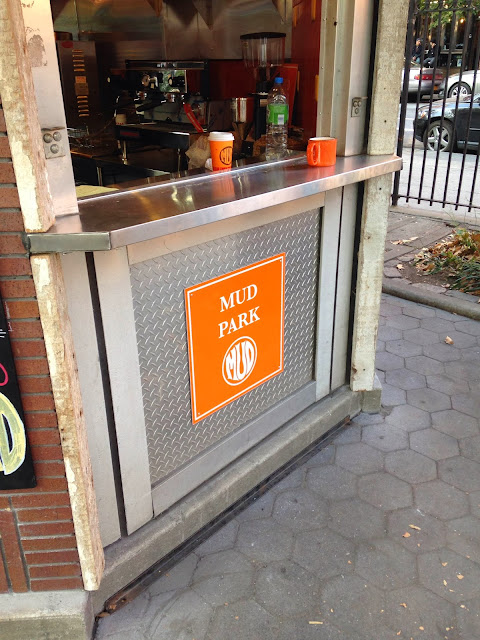 Updated 9:45 a.m.
Mudspot General Manager Yasmina Palumbo told us that they hoped to be open in November. From the looks of things, it's possible that it could happen sooner rather than later... said that Mud Park will be ready to serve in just a couple more weeks.

"We must look more ready than we realized because we've had a lot of people try to order coffee in the last few days!"

Mudspot Café opening at the First Park kiosk next month
Posted by Grieve at 5:12 AM

Man, they are going to make a KILLING there. That subway entrance is super busy in the mornings.