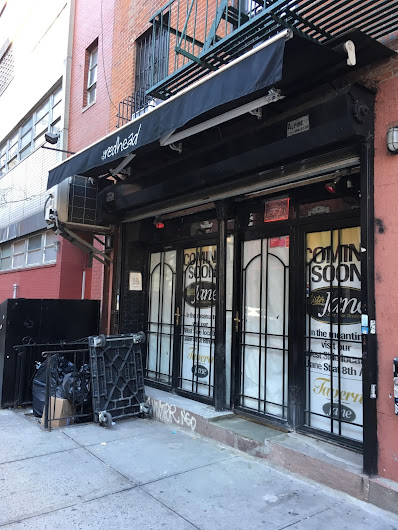 As we've been reporting in recent months, East Side Tavern is coming to the former Redhead space on 13th Street just west of First Avenue.

Now the coming soon signage is up in the front windows... (it looks like the name will be Sister Jane East Side Tavern)... 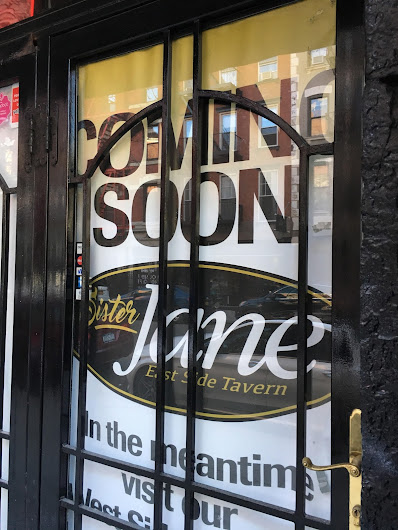 Michael Stewart, a co-owner of Tavern on Jane at 31 Eighth Ave., said he plans to bring that low-key neighborhood bar/restaurant vibe to 13th Street. He hopes to be open early this spring.

Previously
Posted by Grieve at 4:05 AM

Email ThisBlogThis!Share to TwitterShare to FacebookShare to Pinterest
Labels: Eastside Tavern, The Redhead

Please have an AFFORDABLE menu (i.e. Guinness that doesnt cost $8 a pint).

I like the addition to the name. Looking forward to the opening. Anon. 9:11am...I agree on your price point comment...I also seek out places with a proper sized pint glass.