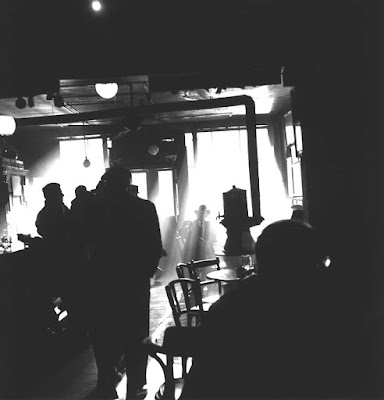 McSorley's is officially celebrating its 163rd birthday today over at its home of, uh, 163 years — 15 E. Seventh St. near Cooper Square. Expect a visit by Lincoln and some shots (so to speak) by the musket-toting McSorley's militia.

Quiet Lunch Magazine has created the "163rd McSorley’s Old Ale House 2017 Calendar" featuring never-before-published photos of the bar (like the one above) by designer Arthur King in the 1950s when he was studying at Pratt. The calendar is $12. More details here. 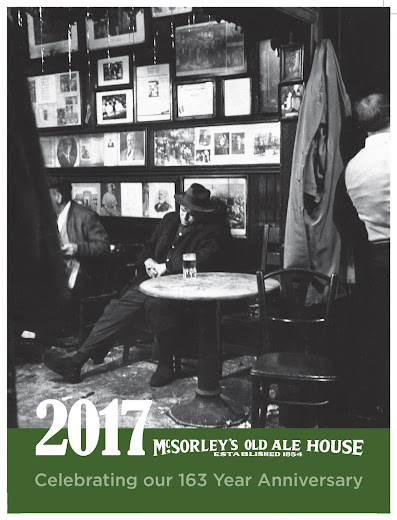 Whenever mentioning McSorley's and anniversaries... Someone brings this up. Per New York: "Though McSorley’s claims it opened its doors in 1854, NYC historian Richard McDermott used public records to prove it really opened in 1862."

Are you SURE those were taken in the 1950's? The backgrounds look the same they did as last week, and those just could be models dressed in 'new vintage' clothes.

The guy on the right is wearing a tapered shirt. Hmmmm....

LOL if those pics were phony but I don't think they are as that flopping dude isn't self-conscious to be BS.